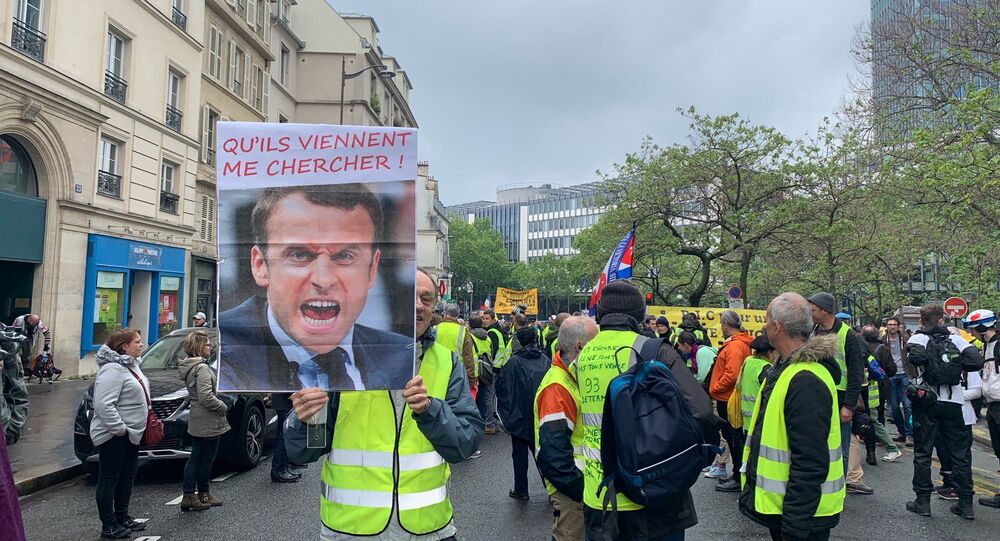 MOSCOW (Sputnik) - Sputnik France’s coverage of the protests in the French capital, dubbed Paris Mayday, have won the Shorty Award in the 360 Video category.

Paris Mayday is a story of a female Sputnik reporter who has been covering the Yellow Vests movement since its beginning in France.

"Over the months of protests, she has been tear-gassed, hit by flash-balls, rubber bullets and water cannons multiple times", the Shorty Awards official website read.

This year’s digital awards were scheduled to take place on 3 May in New York. However, the ceremony took place online and ahead of schedule amid the current COVID-19 pandemic.

Accusations of Political Meddling Against Sputnik

According to Macron, the Yellow Vests received instructions from abroad, while their activities were supported by trolls and special accounts on social networks, including those allegedly bought by RT and Sputnik.

"Russia Today and Sputnik have been influential outlets which at several times have spoken mistruths about me and my campaign. And that's why they were not invited to my headquarters. All media outlets, including Russian ones, have had access to my campaign. Relationships are always the same", Macron said.

Since 2017, the RT broadcaster and Sputnik News Agency have on several occasions faced restrictions in France, as journalists have been repeatedly refused accreditation to events held by Macron’s team during the presidential campaign. In 2017, the two media outlets were accused by Macron's campaign headquarters of spreading fake news, in particular, regarding the then-presidential contender's alleged offshore bank accounts. Sputnik and RT editor-in-chief Margarita Simonyan repeatedly stressed that not a single example of the spread of misinformation by the Russian media has been provided.