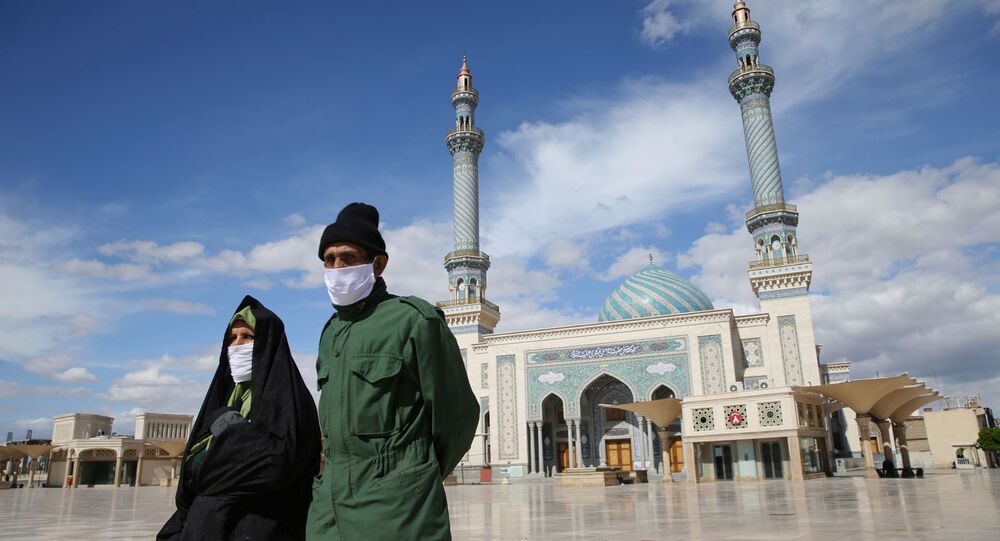 The US has refused to ease any of its sanctions against the Islamic Republic, despite Tehran stressing that they are impeding its efforts to fight the coronavirus outbreak and are limiting the country's ability to buy medicine and medical equipment.

The head of EU diplomacy, Josep Borrell, expressed regret over US attempts to prevent the International Monetary Fund (IMF) from lending money to Iran as part of the Rapid Financial Instrument programme designed to help countries experiencing financial trouble amid the coronavirus pandemic. He argued that Iran's request for money should be accepted by the IMF for "humanitarian" reasons.

"I regret that [...] the United States are opposing the International Monetary Fund to take this decision. From the humanitarian point of view, this decision, this request should have been accepted", the EU foreign policy chief said.

Borell went on to argue that in the time of the pandemic, sanctions should not get in the way of humanitarian aid and supplies, apparently referring to Iran's complaints that the economic barriers imposed by the US have limited the country's ability to get hold of medical equipment needed to fight the outbreak. Washington claims that its sanctions do not limit humanitarian supplies to the Islamic Republic.

The EU diplomacy chief's view was shared by German Foreign Minister Heiko Maas, who said that his country's government was "positive" about the idea of an IMF loan to Iran, Mehr News reported. The international financial body is yet to issue a decision on the loan request that Iran filed back in March, but the head of the Central Bank of the Islamic Republic, Abdolnaser Hemmati, called on the IMF to remain impartial.

"From our perspective, the IMF is an independent and non-political international institution and we hope it will remain the same. Our people expect the IMF as well as the World Bank to be answerable, which makes it all the more necessary for the IMF to respond impartially, seriously and immediately", Hemmati said.

Not Walking Back on 'Maximum Pressure'

Even as Iran is struggling to stop the outbreak, with over 84,000 infected and 5,297 fatalities from the novel coronavirus according to the WHO's data as of 23 April, the US has refused to ease pressure on the country, which it started applying after abandoning the Iran nuclear deal in 2018.

Washington reportedly justified its opposition to the IMF loan by claiming that the Iranian government has billions of dollars in its accounts and that Tehran would misuse the money obtained from the fund. The White House also claimed that its sanctions are not impeding the Islamic Republic's ability to fight the COVID-19 pandemic.

Iranian authorities, in turn, stated that the American sanctions have severely limited the country's ability to combat the pandemic, but added that they are dealing with it nonetheless. The US refusal to ease sanctions was recently condemned by Turkish President Recep Tayyip Erdogan in a telephone conversation with his Iranian counterpart Hassan Rouhani. Erdogan expressed hope that the international community will resist Washington's pressure on countries like Iran.