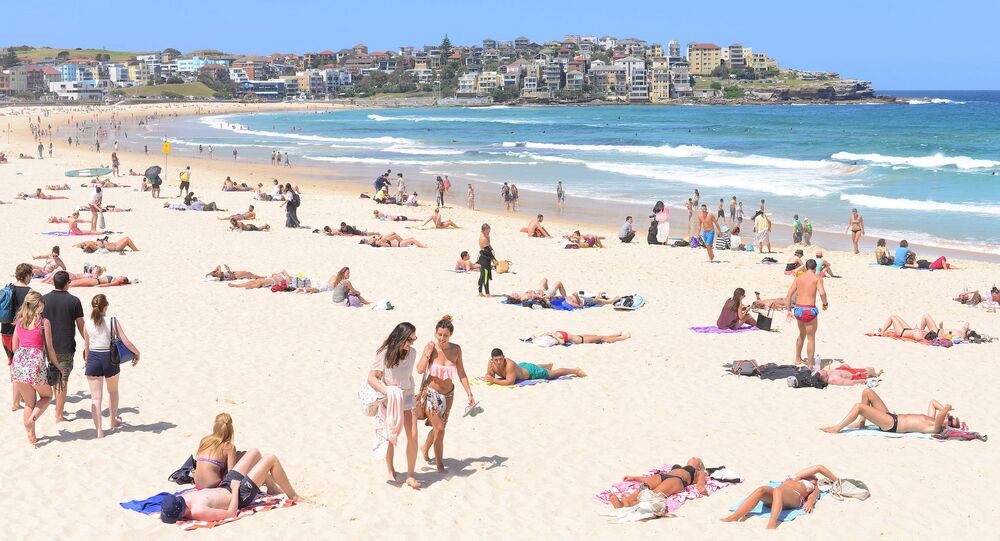 Australia’s iconic Bondi Beach, known for its beautiful white sands and unique crescent shape, is set to reopen soon to a limited extent amid the global COVID-19 pandemic.

Although the daily uptick in the number of COVID-19 cases has begun to slow, the novel coronavirus death toll has begun to rise, Australia’s 7 News reported. As of Wednesday, Australia’s Department of Health has recorded a total of 6,649 confirmed cases and 74 deaths as a result of the respiratory disease. Since peaking in late March, the number of new cases reported daily has declined.

In Australia, Bondi and nearby beaches have been closed since late March, when photos were posted online showing mostly young beachgoers standing together on the sand in defiance of a ban on large outdoor gatherings. The images drew public ire, and as confirmed cases of the virus increased in the area, Bondi Beach was closed to the public.

On Wednesday, Sydney officials announced that swimmers and surfers would be permitted to return to the famous beach next week, almost six weeks after it was closed due to a sharp rise in COVID-19 cases. However, the beach will remain closed to sunbathers, joggers and families in an effort to maintain Australia's strict social distancing standards, AFP reported.

Paula Masselos, the mayor of Waverley, which regulates Bondi and surrounding areas, said that locals may return starting April 28 via two access points only.

"What these corridors will do is provide safe access into the water for swim-and-go and surf-and-go only. So that is for exercise in the water," she told reporters in Sydney. "The sand is closed: Which means no running, no walking, no gathering, no bringing your kids down to play in the sand and have a paddle in the water.” She also urged non-residents to not visit the famed beach, as it would have to close again if too many people arrived.

Bondi Beach was labeled as a COVID-19 "hot spot" after over 180 cases were detected among travelers and residents, forcing health authorities to establish a pop-up testing clinic, AFP reported.

Australia Demands 'Independent' Investigation Into Coronavirus Origins, Says WHO Should Stay Out