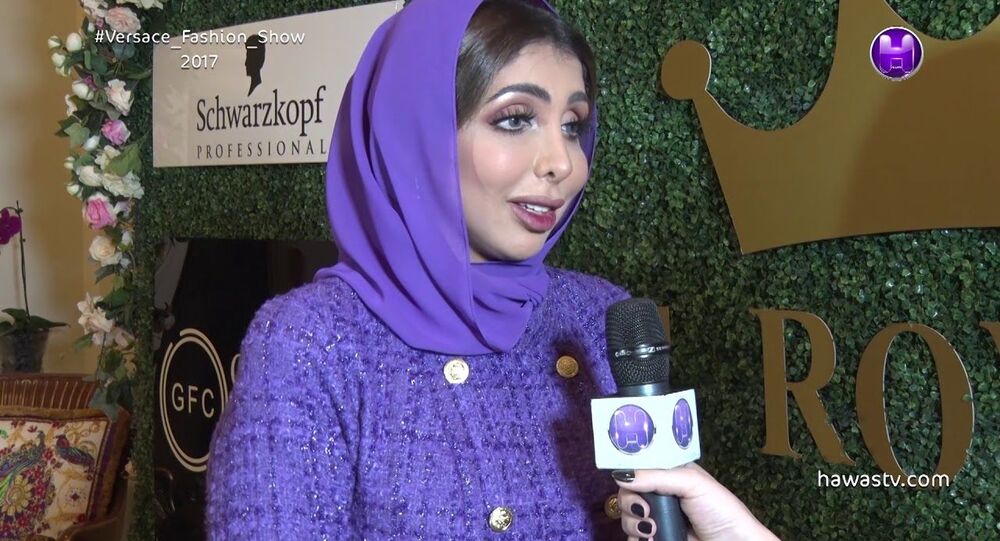 New Delhi (Sputnik): There's been an increasing amount of posts in the Indian section of Twitter targeting Muslims over the religious gathering of the Tablighi Jamaat movement in Delhi last month that led to a drastic increase in coronavirus cases in India.

Princess Hend Al Qassimi, a member of the royal family of the United Arab Emirates, has affirmed that the relationship between India and the UAE is old and strong enough not to let some "extremists" sabotage it.

"The UAE and India are old friends, the few ignorant extremists will not affect relations between the two rising nations. Let us be an example of love instead of hate. Why demolish what you can build..", said Princess Hend Al Qassimi on Wednesday.

On a lighter note, she added that she is a fan of Hindi movies and cheese naan (bread), that she cannot resist.

The UAE and India are old friends, the few ignorant extremists will not affect relations between the two rising nations.
Let us be an example of love instead of hate. Why demolish what you can build. Besides, I like my Bollywood movies and cheese naan too much to stay away.. https://t.co/JaAQBjXLDO

The tweet from the royal came followed a Twitter post by a prominent Indian journalist Shekhar Gupta, who had shared his report on how Islamophobic tweets are hurting India’s relation with the Muslim world.

A row was triggered over anti-Muslim and Islamophobic tweets after Princess Qassimi called out a series of tweets by a man of Indian origin working in Dubai, Saurabh Upadhyay. He had irked the Princess with his tweets targeting Muslims over the Tablighi Jamaat gathering in Delhi in March that led to a substantial increase in coronavirus cases in India.

Sharing the screenshots, Princess Qassimi posted a part of the country’s law on hate speech and slammed Upadhyay by saying that people who are “racist and discriminatory in the UAE will be fined and made to leave”.

Anyone that is openly racist and discriminatory in the UAE will be fined and made to leave. An example; pic.twitter.com/nJW7XS5xGx

She added that ruling royal family in the UAE is friends with India but “rudeness is not welcomed”. “All employees are paid to work, no one comes for free. You make your bread and butter from this land which you scorn and your ridicule will not go unnoticed", she said on 16 April.

The ruling family is friends with Indians, but as a royal your rudeness is not welcome. All employees are paid to work, no one comes for free. You make your bread and butter from this land which you scorn and your ridicule will not go unnoticed.

Later on 20 April, India's Ambassador to the UAE Pavan Kapoor issued a statement reminding Indian nationals that the two countries share the values of “non-discrimination on any grounds”.

India and UAE share the value of non-discrimination on any grounds. Discrimination is against our moral fabric and the Rule of law. Indian nationals in the UAE should always remember this. https://t.co/8Ui6L9EKpc

A legislator from India's ruling Bharatiya Janata Party (BJP) Tejasvi Surya also found himself embroiled in the controversy after Princess Qassimi slammed Upadhyay. Surya was trolled online for his five-year-old tweets, in which he had said: "95% of Arab women have never had an orgasm in the last few hundred years!".

Bollywood singer Sonu Nigam was another Indian who faced the heat of the ongoing Twitter spat. He was called out online for an old and now-deleted tweet in which he had objected the use of loudspeakers by Muslims to offer prayers which disturbed his sleep, and questioned “forced religiousness” in India.