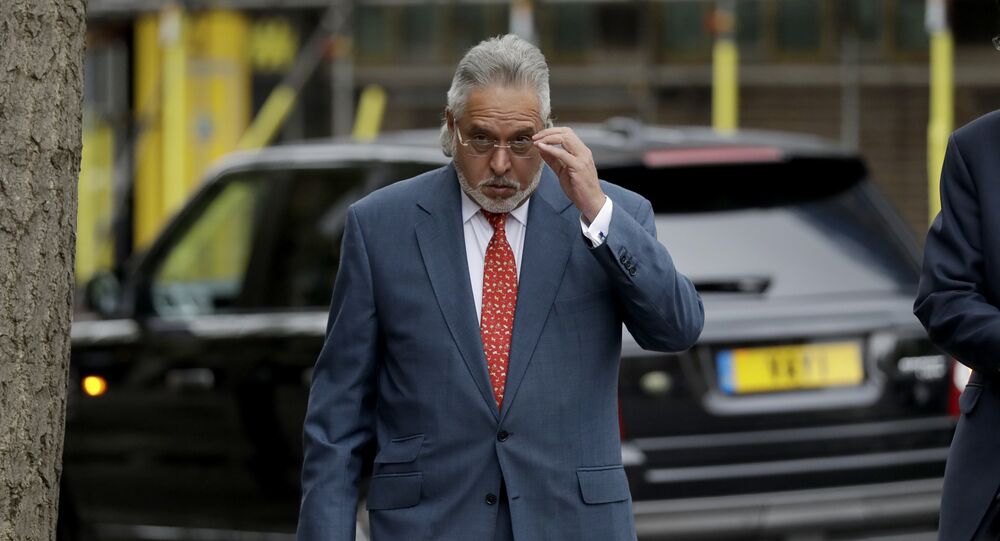 New Delhi (Sputnik): The Indian government has been seeking the extradition of flamboyant businessman Vijay Mallya from the UK since 2016. The influential business tycoon, known as the “King of Good Times”, is facing charges of fraud and money laundering reportedly amounting to INR 90 billion ($1.2 billion).

Former business tycoon and liquor baron Vijay Mallya has lost his appeal in the British High Court against his extradition to India to face fraud charges resulting from the collapse of Kingfisher Airlines.

In the verdict, the two-member bench at the Royal Courts of Justice in London, stated that "there is clear evidence of dispersal and misapplication of loan funds and therefore found a prima facie case that the Appellant was involved in a conspiracy of launder money".

The court listed seven points on which his plea was rejected.

The UK’s Extradition Act permits an appeal before the Supreme Court only if there is a ‘significant point of law’ to be settled. In all probability, Mallya’s extradition is confirmed and sealed, India's top investigative agency officials have said.

“It’s a significant achievement in a continuing war against economic fugitives who have been managing the stay away from judicial process in the country, is also validate the painstaking and meticulous investigation done by the CBI,” stated the Central Bureau of Investigation.

Once an investor in major alcohol brands, air travel, auto racing and even a cricket team, Mallya had appealed to the High Court against his extradition by the Indian government at a hearing in February this year.

In 2016, Mallya escaped to London with Indian law enforcement authorities on his trail after a state-owned bank declared that he owed several million rupees and in 2018 he was arrested by the UK's Metropolitan Police extradition unit.

India has been seeking Mallya’s extradition from the UK to face a criminal trial in the country for failing to repay a loan of Rs.90 billion ($1.2 billion).