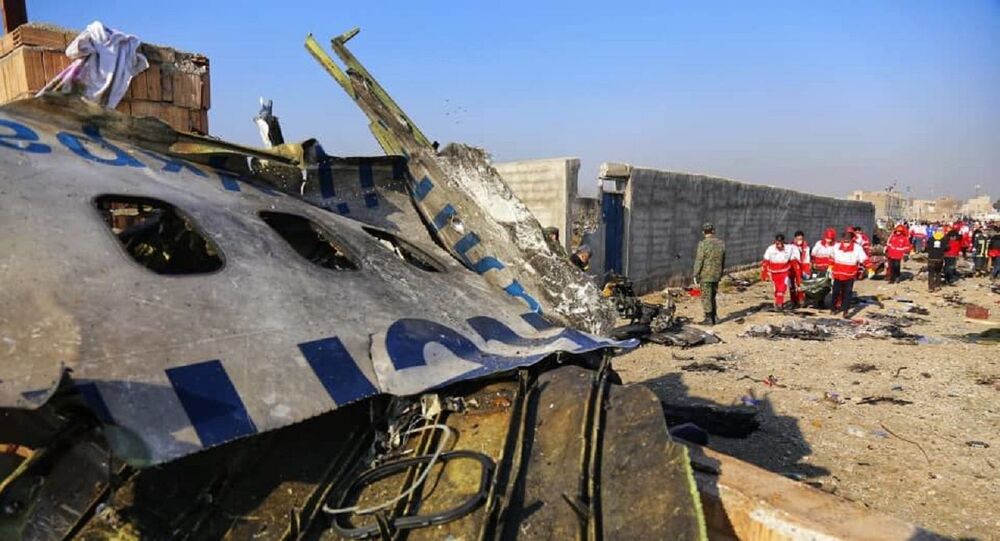 KIEV (Sputnik) - Ukrainian Foreign Minister Dmytro Kuleba refuted on Wednesday media reports claiming that Iran is allegedly pushing Ukraine to not take legal action regarding the case of the Ukraine International Airlines Boeing 737 plane that was downed near Tehran in January, noting that talks on the crash investigation continue.

"Media reports about Iran's memorandum should be viewed as ... media reports. Negotiations are continuing. We are working to get black boxes. The key for us is to establish justice, pay compensation to families, and ensure accountability in accordance with international law", Kuleba wrote on Facebook.

Earlier in the day, media reported that Iran sent a memorandum of understanding that would oblige Ukraine and families of the victims of the crash not to pursue judicial action against Tehran in return for compensation and revealing contents of the jet's black boxes.

Last week, during a meeting with Canadian Ambassador to Kiev Larisa Galadza, Ukrainian Prime Minister Denys Shmyhal said that the flight recorders from the Boeing 737 plane could be returned to the country.

© REUTERS / MAXAR TECHNOLOGIES
New Video Shows Alleged Iranian Missiles Downing Ukraine Passenger Jet
On 8 January, the Kiev-bound aircraft crashed near Tehran shortly after departing from Iran’s Imam Khomeini Airport. All 176 passengers and crew members died. The Iranian military admitted to unintentionally shooting down the jetliner, having confused it with a hostile cruise missile amid fears of US retaliation for Iran’s missile attacks on bases hosting US troops in Iraq. Tehran launched the missile attacks after the US assassination of top Iranian general Qassem Soleimani.

The Iranian leadership apologised to the plane crash victims’ countries, including Canada, Sweden, Germany and the United Kingdom. Ukrainian President Volodymyr Zelensky has called on Tehran to bring those behind the downing of the plane to justice and to pay compensation to the relatives of the victims.