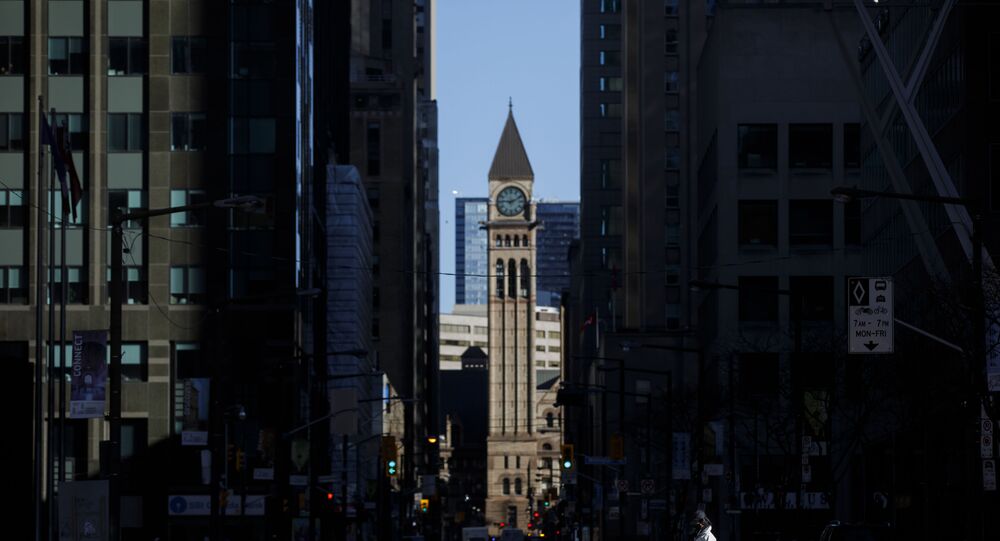 TORONTO (Sputnik) - Hold-ups, retail robberies, and shootings are on the rise while other crime has declined over the past month in Toronto amid the novel coronavirus (COVID-19) pandemic, Toronto Police Service spokesperson Meaghan Gray said.

"While it is far too early to make any determination on possible crime trends during this time, we do know that since 16 March 2020, our weekly statistics have shown the following: A decline in overall robberies but, when broken down, an increase in hold-ups and retail robberies combined with a decrease in street robberies", Gray said on Friday.

Gray added that the incidents of shootings in Toronto have also increased since mid-March.

The Toronto Police Service did note that other types of crime, including assaults, auto-theft, and sexual violence, have declined while the city has largely been on lockdown.

Since Mayor John Tory declared a state of emergency on 23 March, police have experienced a decrease in non-emergency calls, while the volume of emergency calls has held steady. Gray suggested that a decline in multiple reports of the same incident and fewer parking violations may have contributed to that effect.

Toronto's crime trends, except for the shootings, largely reflect the situation in other major cities across North America.

In the first three months of 2020, Toronto has recorded 108 shootings - up 38 percent from the same period last year, according to the city police data.

Overall, major crime in the city since the start of the year is up 1 percent compared to the same period last year with a 4 percent drop in assaults, according to the police portal.

The Toronto Police Service added that the current coronavirus pandemic has not impacted frontline policing services.