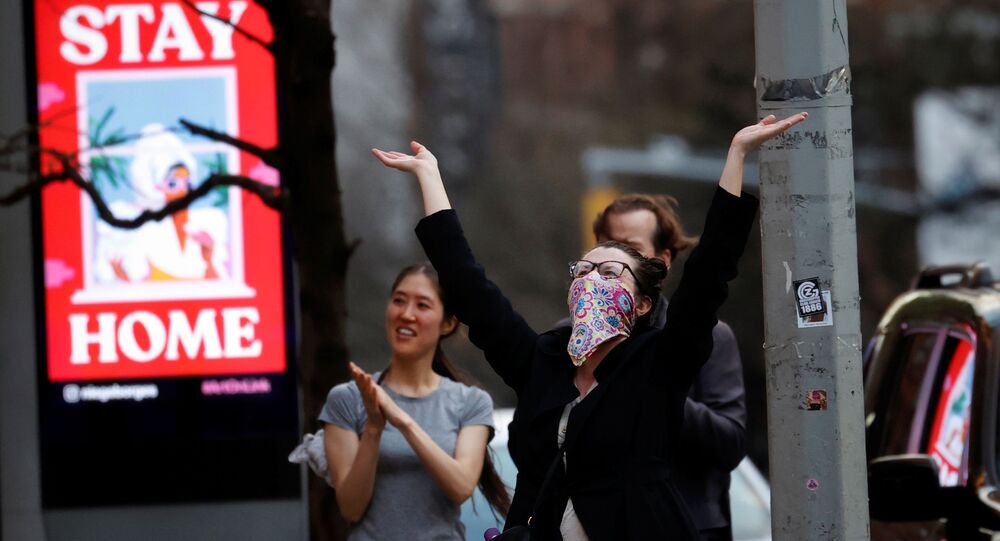 Live Updates: Number of Coronavirus Cases in US Tops 600,000

Numerous countries continue to implement quarantine measures in order to curb the COVID-19 outbreak. The pandemic has also affected the global economy, causing a major decline in stock markets across the world and putting industries on hold due to mass self-isolation and lockdowns.

COVID-19 is still spreading, with the number of infected approaching the 2-million mark. The United States remains the worst-hit country with more than 608,400 confirmed cases and at least 26,992 fatalities, according to Johns Hopkins University. At the same time, Italy and Spain are the main centres of infection in Europe - with almost 156,000 and 166,000 cases respectively, according to the World Health Organisation.