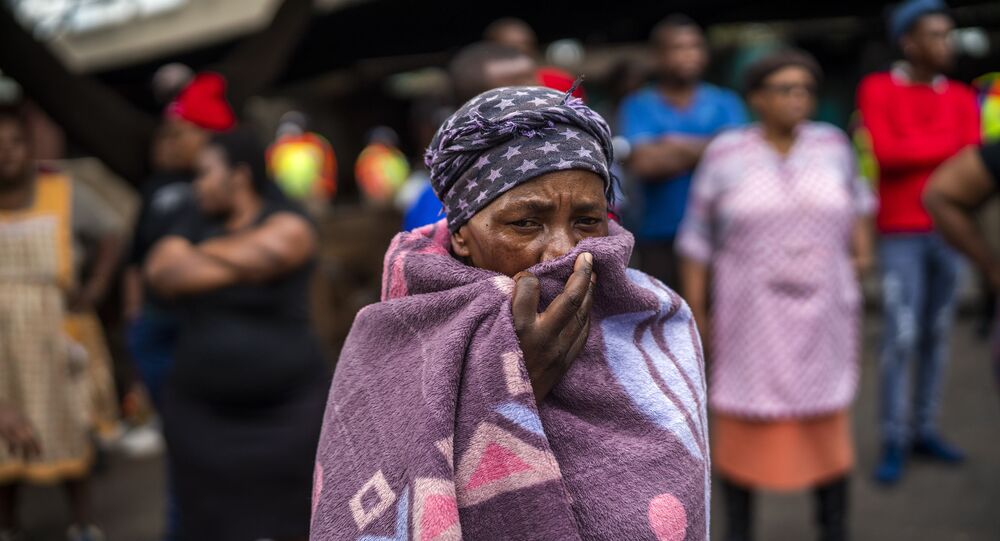 Last week, the global charity Oxfam warned in a report that by the time the COVID-19 pandemic is over, its economic fallout may push at least half of the world’s population of 7.8 billion people into poverty.

The G20 is mulling over a moratorium on bilateral government loan repayments for low-income countries as part of an “action plan” to help resolve the ongoing coronavirus pandemic, the Financial Times cited unnamed officials as saying.

The officials said on Sunday that the proposal, set to be completed during the G20 finance ministers’ online meeting later this week, also aims to tackle emerging markets’ debt crisis amid the outbreak.

The moratorium stipulates freezing sovereign debt repayments for six or nine months, or even through to 2021, to comply with last month’s appeal from the International Monetary Fund (IMF) and the World Bank.

“For debt relief to happen it would take time for it to be coordinated. But what is immediately needed is to give these people space so they don’t need to worry about the cash flow and debt servicing going to other countries, and they can use that money for their immediate needs”, the officials pointed out.

They added that the moratorium period would be used by wealthy nations to outline “very clear criteria, country-by-country of what exactly is going to happen; is it debt relief totally? is it just a deferment, a rescheduling?”

One of the sources, in turn, pointed to “strong support” for the initiative, adding that despite the fact that the negotiations are underway, the G20 is “confident a solution will be found”.

The source dismissed allegations about discrepancies between G20 member states, including China, given that “a very clear commitment” is already in place.

“Within the G20 there’s a very clear recognition that a global coordinated approach is a must, not a choice, I have not seen the spirit I have seen in the last six to eight weeks between the G20 members — there’s a clear understanding the political angles to this are put in a freezer”, the official emphasised.

According to them, unlike previous years when the G20 considered rendering aid to low-income countries as a sort of humanitarian support, “this time it’s different”.

“There’s now a growing recognition among G20 […] that it’s a survival game, you cannot fix your own house alone […] this virus doesn’t know borders. So what may be seen as difference of opinions, still issues to negotiate, is not about whether we should or shouldn’t, it’s about what’s the right approach”, the source stressed.

The remarks followed the global charity Oxfam's warning in a report last week that if no steps are takes to bail out the coronavirus-hit poor countries, more than half a billion more people could be pushed into poverty.

"The economic crisis is potentially going to be even more severe than the health crisis”, the report said, referring to the COVID-19 fallout.

The survey also predicted that the possible impact of the virus may pose a challenge to the UN Sustainable Development Goal of ending poverty by 2030.

The report came after more than 100 civil society groups across the world called for waiving this year’s debt payments for developing countries, which they said could free up about $25 billion in cash to support these nations’ economies.

COVID-19 to Have as Big an Impact on Physical, Productive Capability of Economy as World War - Prof