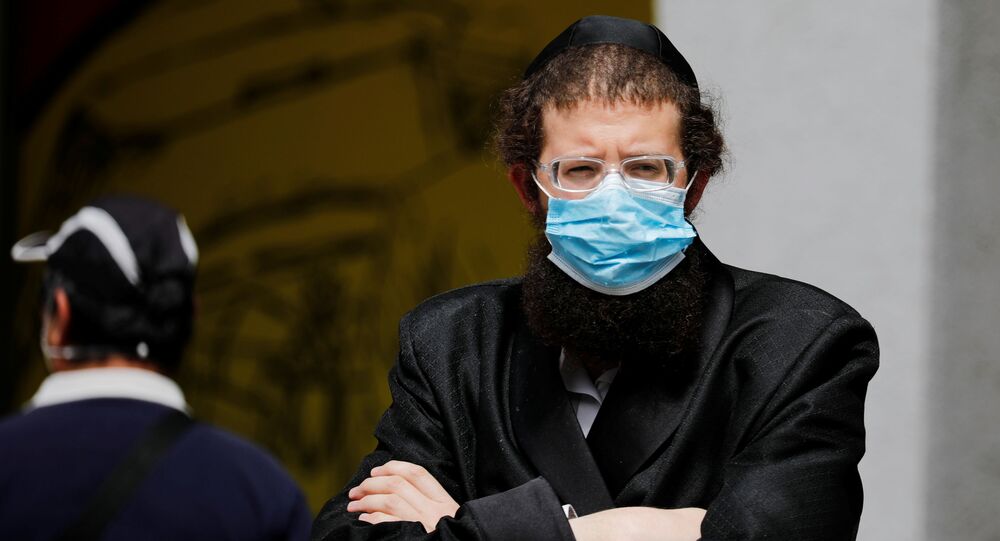 The Israeli Health Ministry on Sunday reported that the country’s confirmed COVID-19 cases had risen to 10,878, with 103 fatalities.

The New York Times has cited several unnamed sources as saying that the Israeli intelligence agency Mossad remains “deeply involved” in the country’s efforts to fight the ongoing coronavirus outbreak.

The sources claimed that Mossad’s contacts “had proved invaluable in enabling Israel to acquire ventilators and testing material that Mr [Yaakov] Litzman’s health ministry had been unable to secure”.

They also argued that by the end of the first week of April, Mossad director Yossi Cohen was confident that his agency’s operatives had ensured that Israel would “possess enough ventilators to cope with the worst forecasts” pertaining to the fallout from COVID-19.

The officials said that 100,000 coronavirus testing kits, which were delivered to Israel on 19 March, proved to be the first shipment acquired abroad by Mossad for tackling the outbreak.

Israel is performing so many coronavirus tests, it's beaten itself into 2nd and 3rd place according to the PMO. pic.twitter.com/cOMB9Z4BJJ

It was reportedly followed by shipments that included additional testing kits, 1.5 million surgical masks, tens of thousands of N-95 masks, protective goggles, and overalls for first-aid crews as well as a spate of medications.

On top of that, the sources pointed to Mossad’s role in helping obtain technology from abroad that allowed many Israeli laboratories to deal with coronavirus testing.

The intelligence agency’s other achievements included ensuring the relevant know-how to produce domestically-manufactured ventilators and bringing in technological expertise to set up production lines to manufacture at least 25 million face masks a month, according to the sources.

One of them said in this context the fact that Israel’s health system “had to enlist Mossad was evidence that it had not readied itself to respond to the type of threat represented by the coronavirus”.

The intelligence agency’s drive to become involved in the fight against COVID-19 reportedly dates back to 19 February when Mossad head Cohen met Professor Yitshak Kreiss, the director general of the Sheba Medical Centre, Israel’s largest hospital, to discuss the creation of a command and control hub to handle the distribution of medical gear across the Jewish state.

The New York Times quoted Kreiss as saying that “it is only in Israel that the Sheba hospital could have enlisted the help of Mossad”.

“Can you imagine Mount Sinai Hospital going to the CIA for help?” he added, in an apparent nod to the New York-based medical centre.

Meanwhile, the Israeli Health Ministry on Sunday reported that at least two people had died of the coronavirus overnight, in what took the country’s death toll from the disease to 103. According to the Ministry’s updates, there are 10,878 confirmed COVID-19 cases in the country, with 1,388 recovered from the illness.