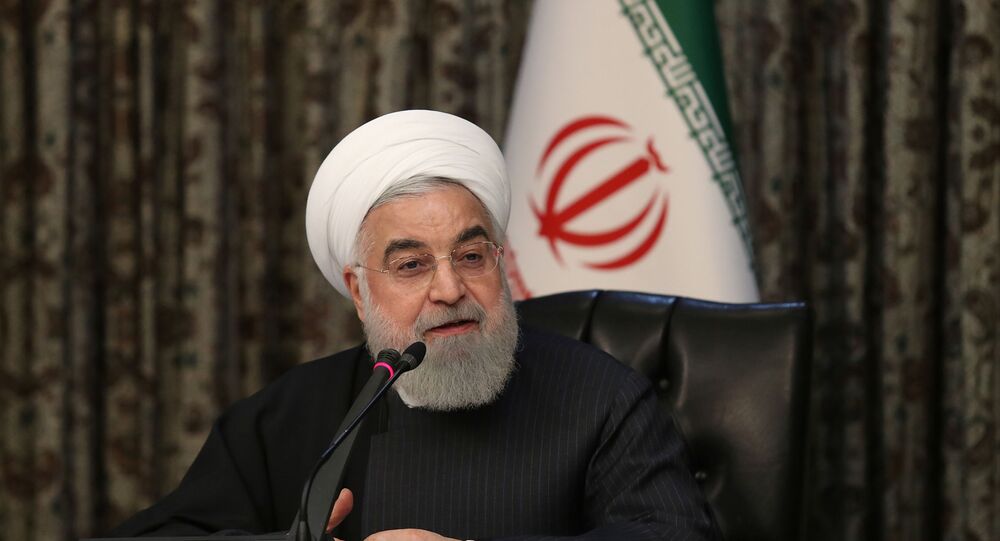 While the Iranian president said that Tehran has managed to secure the assets “from the Americans' grasp", the Luxembourg Court of Cassation is apparently yet to make its ruling public.

Iranian President Hassan Rouhani has declared that Tehran has managed to prevail over the United States in a legal dispute involving a sizeable amount of Iranian assets that had previously been frozen in Luxembourg at the behest of the US authorities.

During a televised cabinet meeting on 12 April, Rouhani said that “our central bank, our foreign ministry [have] recently won a very good victory in a legal battle".

"$1.6 billion of our money was in Luxembourg and the Americans had put their hands on it," the president said, adding that "we succeeded some days ago and freed this money from the Americans' grasp".

As AFP points out, the Luxembourg Court of Cassation apparently did devote an April 2 hearing to the case of Iranian assets frozen there at the request of the US, though the court hasn't yet made its decision public.

Relations between the United States and Iran have soured since 2018, when US President Donald Trump unilaterally withdrew from the Joint Comprehensive Plan of Action – an agreement also known as the Iranian nuclear deal, which was brokered during the Obama administration between Iran and the P5+1 group of countries; the deal involved Iran agreeing to curb its nuclear program in exchange for sanctions relief.

As Washington has moved to impose increasingly tougher sanctions against Tehran, the latter responded by gradually removing its own obligations stipulated by the deal and related to matters such as uranium enrichment.