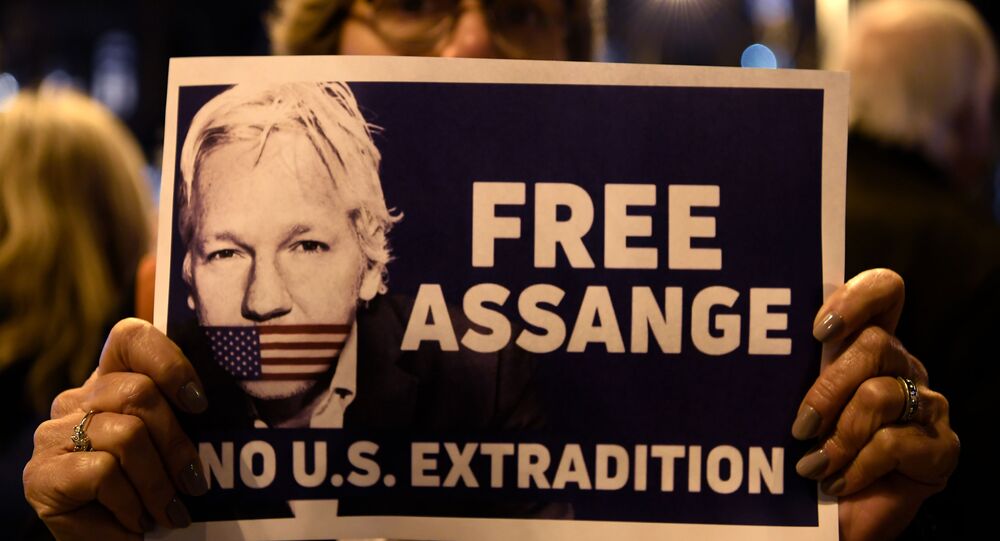 Diapers and WikiLeaks: The Unknown Romance and Children of Julian Assange

The Australian-born publisher, who has an adult son from a short-lived marriage, has fallen in love with his lawyer who helped him push back against dubious rape allegations in Sweden and secure political asylum in Ecuador’s embassy.

The Daily Mail first broke the story on Sunday, publishing photos of Assange with the toddlers and an excerpt of an interview with their mother, the South Africa-born lawyer Stella Morris.

WikiLeaks then put out the full interview.

Morris recounted that she met Assange in 2011, after he faced allegations of rape and sexual assault in Sweden; he dismissed the charges as politically motivated, and they were eventually dropped last year. She joined his international legal team and helped draft legal paperwork for WikiLeaks.

Morris, born Sara Gonzalez Devant, said she had changed her name so she could remain under the radar while helping Assange, who skipped bail in June 2012 and sought refuge in the embassy to avoid extradition to the United States on espionage charges.

A fluent Swedish and Spanish speaker, she was involved in both the sexual assault case and his political asylum process.

Devant said their relationship was initially a working one, but the two eventually fell in love and started dating in 2015.

“This is a person I knew well by then,” Morris said of her partner. "The person I know the most in this world. He is extraordinary. He is generous, and he’s very tender and loving.”

They had their first child, a boy called Gabriel, the following year. Morris tried to hide her bump in billowing clothes and had a friend smuggle the boy into the embassy pretending he was the father, but a Spanish security firm hired by Ecuador became suspicious and tried to analyse Gabriel’s DNA by testing his diapers.

A Spanish guard allegedly made the woman aware of the plot “out of disgust” and warned her not to bring Gabriel into the embassy again.

Assange and Morris became engaged in 2017 and had their second boy, Max, in February of last year.

The father first met Max only in May 2019, when Morris was allowed to visit him with the two children at the high-security Belmarsh prison, where he has been held for violating his bail conditions after Ecuador revoked his asylum the previous month.

“Forming a family was a deliberate decision to kind of break down those walls around him and imagine a life beyond that prison,” Morris explained. “For many people, it would seem insane to start a family in that context – for us it was the sane thing to do. It was what keeps things real.”

She is said to be currently living with extended family in London, supported by Assange’s parents.

The existence of Assange’s secret partner was revealed during the ongoing US extradition case. A British judge ruled that Morris’s identity could be revealed because she testified in his support last month.

US prosecutors are seeking Assange’s extradition to try him on 18 counts of espionage-related offences stemming from the publication of classified documents by WikiLeaks about war crimes and other criminality perpetrated by US-led forces in Iraq, Afghanistan, and Cuba. His case will resume in Woolwich Crown Court on 18 May.