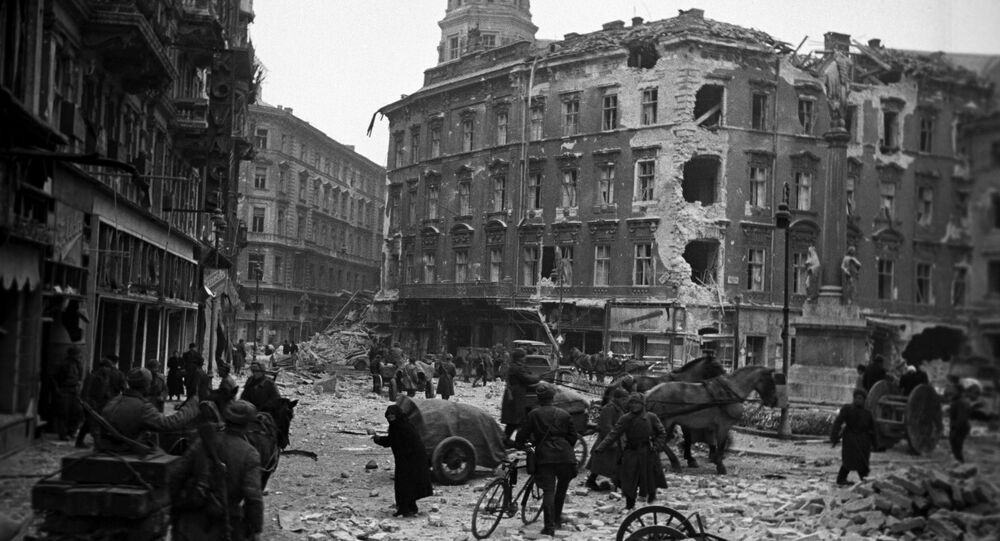 MOSCOW (Sputnik) - The Russian Military Historical Society (RVIO) said in a press release on Saturday it had published newly declassified documents from the Russian Defence Ministry's central archive about crimes committed by Nazi Germany and its accomplices during World War II in different European countries.

"We have military documents that eloquently testify to how brutally and calmly the fascist death machine killed people and how the Soviet soldiers liberated and saved people tormented and doomed to death," RVIO Head Vladimir Medinsky was quoted as saying in the press release.

The archival materials have been published on this website under a designated rubric.

The materials include first-hand testimonies of the Red Army officers in the field who liberated the Sobibor, Auschwitz, Treblinka, Majdanek and other Nazi concentration camps. They cite thousands of Hungarians, Italians, the French, Czechoslovaks, Greeks, Yugoslavs, Romanians, the Danish and Belgians among liberated prisoners with clear marks of torture and other inhumane treatment.

The press release quoted Hungarian doctor Gyula Gal as saying that Hungarian Swabians and Saxons were among the SS paramilitary guarding the camps.

Evidence of former prisoners shed light on the systematic practice of mass burning of people inside death camps by the Nazi, according to the RVIO press release. Some evidence suggests that thousands of prisoners were killed immediately prior to camps being liberated.

The publication is timed to the International Day of Liberation of the Nazi Camps Prisoners, marked annually on 11 April.