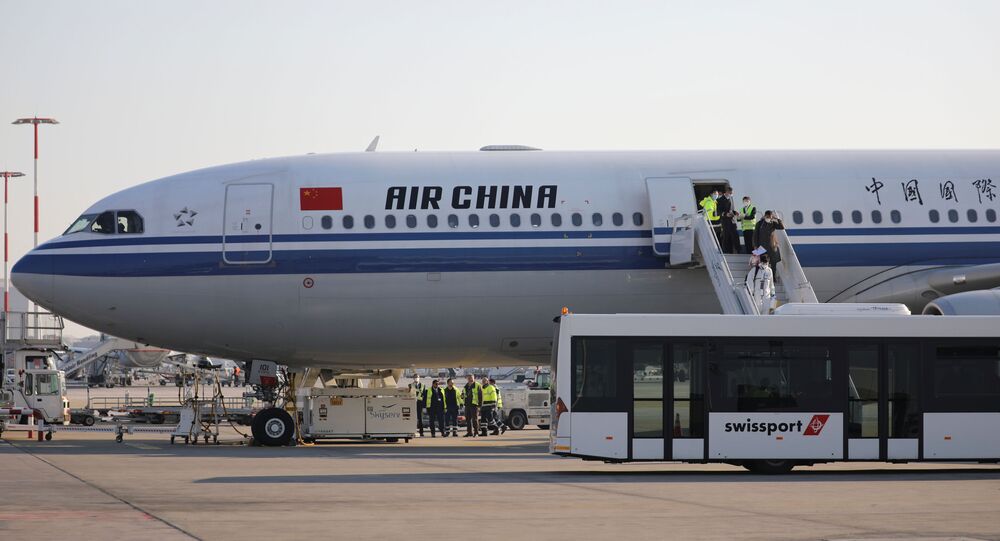 A specialist in US foreign policy and consultant to numerous American firms lamented on social media that such changes in geopolitics were a "demise of a worldview", sparking a major online row.

Eurasia Group president Ian Bremmer made the comments on late Wednesday, stating it "hurts to see China sending humanitarian aid to the US and Europe".

He tweeted: "The idea that the Americans and allied democracies lead the world by example. It was never as true or as powerful as its adherents claimed. But it was a guiding principle, worthy of aspiration. I fear we aren’t going to like the alternative.

Bremmer's tirade was met with a massive wave of criticisms from journalists and netizens upset over the comments, with many condemning US foreign policy and ideals based on global dominance.

"​There's a reason they say pride is the deadliest sin of all", Assange activist Gyorgy Bernard tweeted in agreement.

One user tweeted that the US could always "drop its imperialist foreign policy and focus more on sending aid".

​Stephen Jacobi of Auckland-based Jacobi Consulting added it hurt more to "see so many dying in the US and Europe".

But a few agreed with Bremmer, adding that it hurt to see the Chinese "lie about their numbers too", one user claimed.

Another said that it hurt worse when US jobs were shipped "over there the last 30 years", in reference to the General Agreement on Tariffs and Trade signed under former US president Bill Clinton.

​The news comes after World Health Organisation director Dedros Adhanom Ghebreyesus warned US president Donald Trump of politicising the  pandemic and urged the US and China to work together to tackle the crisis.

‘He'll Get Through It’: Prayers For Johnson to Recover Soon From COVID-19 Flood Twitter