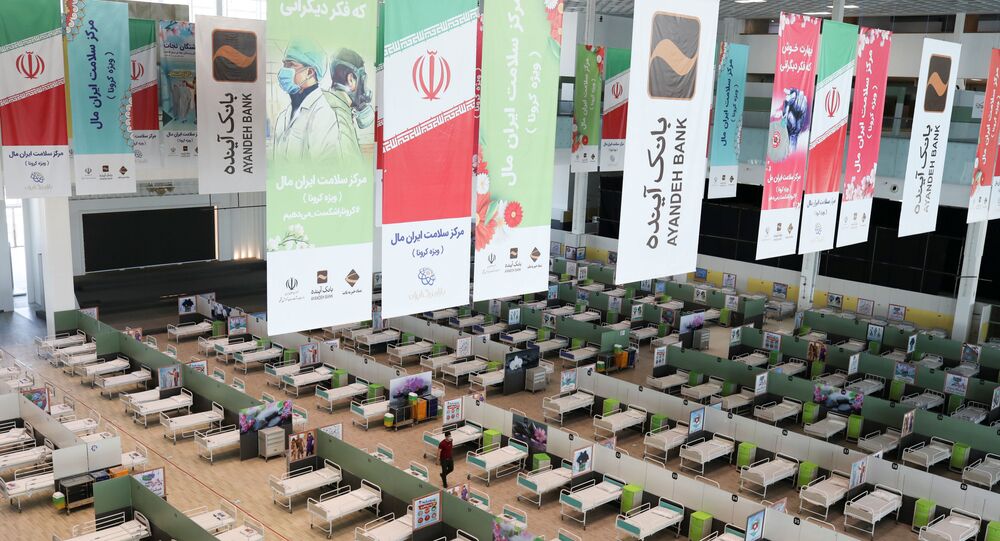 Numerous countries and intellectuals stated the IMF must fulfil its duties and Iran has "not asked the [IMF] anything" in over 50 years, the high-level official said on Thursday amid US opposition to Tehran's request for an essential loan to tackle the ongoing coronavirus epidemic.

Unfairly refusing the Islamic Republic of Iran's loan request to the International Monetary Fund would be "unacceptable" as the country battled the ongoing coronavirus pandemic, Iranian president Hassan Rouhani said at a cabinet meeting on Wednesday.

“We are paying the International Monetary Fund and the World Bank our share, and part of our reserves are at their disposal, and it is not and will not be acceptable to us if they discriminate against us when considering our application for the loan." he said.

Such actions would not be "acceptable to the world public opinion either", he added.

"Now after such a long time of our membership in the Fund that we have tried to keep our money in reserve there, if they do not fulfil their duty under such tough conditions, the world will judge them differently," he concluded.

The IMF's response would be a "litmus test" on its claims on providing countries with relief aid to deal with the global pandemic, Central Bank of Iran governor Abdolnaser Hemmati said at the time as reported by Tasnim News Agency.

But the Trump administration opposed the loans, US State Department spokesperson Morgan Ortagus told the media on Tuesday, where he accused Iran of potentially using the money to help "terrorist proxy groups in the Middle East" rather than citizens.

Hitting back at Washington, Iranian Vice President for Economic Affairs Mohammad Nahavandian told CNN's Christiane Amanpour that no single country had veto power in the IMF, adding that there was a "policy of IMF for evenhandedness" in appraising or approving requests.

“Iran has been a founding member of IMF, with very good record. And it is expected from this international body to do what [it] is expected to do. That request is now in due process. Many countries have expressed their support for this," He added:

It was very important to contain the virus in all parts of the world to prevent the spread of infection, he said, adding that it was "not a local issue, it's a global issue".

He concluded: “The reality is now we are observing the dark side of globalization. The problem is global, but we do not have global solution. Now is the time of cooperation, not to start new quarrels and fight against access of one nation to medical supplies. We are all in the same boat, as they say.

Over 64,500 coronavirus cases have been reported in Iran, resulting in nearly 4,000 deaths, according to figures published on Thursday.