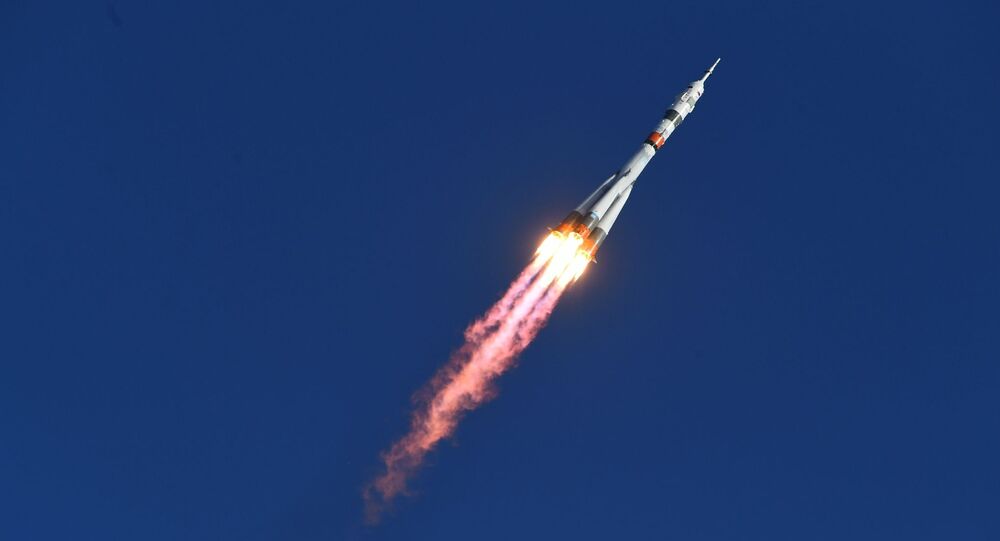 The rocket blasted off at 11:05 a.m. Moscow time from Cosmodrome Site 31. This marked the 400th launch from the rocket installation since 1961.

A Soyuz MS-16 spacecraft, launched from Baikonur spaceport, has delivered the ISS crew to the orbiting station, according to a Roscosmos broadcast. Two Russian cosmonauts, Anatoliy Ivanishin and Ivan Vagner, as well as a US astronaut, Christopher Cassidy, are traveling to the ISS.

​Earlier, Russia's Soyuz-2.1a carrier with manned Soyuz MS-16 spacecraft, carrying two Russian cosmonauts and a US astronaut, had been launched successfully from the Baikonur spaceport.

The Soyuz MS-16 has become the first crewed vessel made exclusively of Russian components to be sent to space atop a Soyuz-2.1a carrier. Prior to that, the Soyuz-FG had been equipped with Ukrainian flight control avionics.

The spacecraft is expected to dock at the Russian segment of the International Space Station at 17:16 Moscow time.