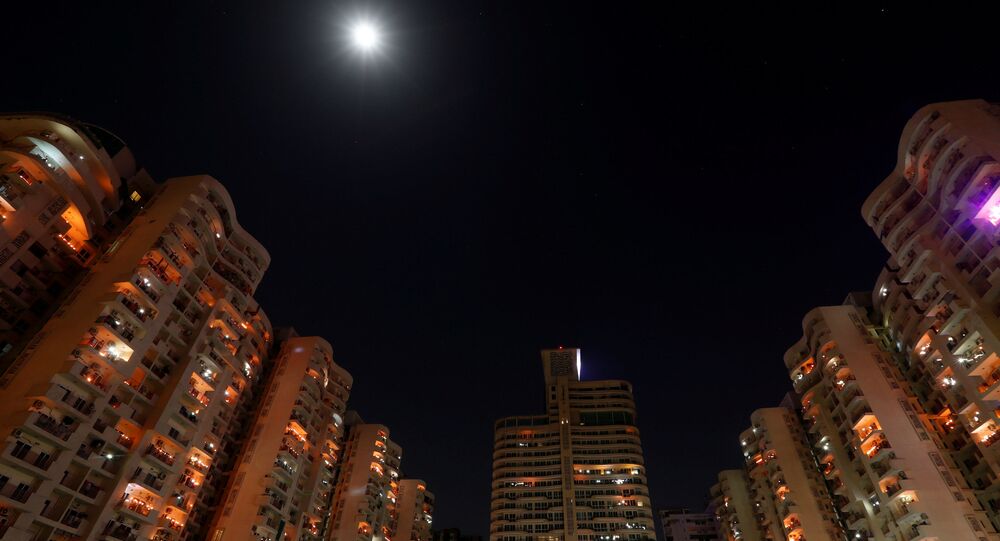 India Must Fight 'the Virus of Racism': North-Easterners Allege Discrimination Amid COVID-19 Fears

New Delhi (Sputnik): The coronavirus pandemic has prompted racist attacks on the people of India’s north-eastern states - known as the seven sisters – often targeted by other Indians because of their 'Chinese"- like features and suspected as host of the disease.

A 25-year-old girl from India’s north-eastern state of Manipur, currently staying in Mumbai, was buying groceries when a biker removed his mask and spat on her on 6 April.

“We are being targeted in our own country for having different facial features. With coronavirus, India has another battle to fight - Racism,” the girl from Manipur told Sputnik on condition of anonymity.

Racial attacks and discrimination against people from the North East, which has a population of over 45 million, have become rampant since the coronavirus pandemic gripped India.

As the virus is largely considered to be a Chinese disease by many Indians - first many cases were reported in the Chinese city of Wuhan - the people of northeast states are bearing the brunt of the racism.

While the government of India does not maintain any official record of such attacks, the North-East Forum for International Solidarity (NEFIS) has written to the Ministry of Home Affairs urging it initiate stringent action against those harassing northeastern people or holding them responsible for ‘bringing the virus’ to India.

A 25-year-old Manipuri girl, who recently was the victim of hate crime in Mumbai, told Sputnik she has always felt vulnerable as she grew up facing verbal harassment.

“It is casual for people to call us Nepali, Chinki, Chinese and now coronavirus. I do not feel safe in my own country and many other people from north-east feel the same.” The girl added that she moved away from her hometown for better work opportunities and to support her family as the north-eastern region is not industrially developed in comparison to other parts of the country.

The word “chinki” is used as a racial slur, referring to a person of Chinese descent or someone looking similar. The usage of word can land a person in jail for up to five years.

In another similar attack in national capital Delhi, a man spat on a 20-year-old Manipuri student and called her “corona” before fleeing.

A complaint was registered against the man by Delhi police for “outraging the modesty of a woman”. Delhi Chief Arvind Kejriwal also condemned the incident and said: "Am shocked to read this. Delhi Police must find the culprit and take strict action. We need to be united as a nation, especially in our fight against COVID-19.”

Girls from Manipur was spat with pan and called corona by a middle aged man before fleeing at Delhi's Vijay Nagar. Racist ones keep showing their true colour when the world need each other's shoulder to rely on.#RacisminIndia @NBirenSingh @ArvindKejriwal @sardesairajdeep @Nidhi pic.twitter.com/y31wri0eWs

In Kolkata last month, a group of students from Nagaland and Manipur were allegedly attacked by their neighbours, who demanded their eviction claiming they could spread the coronavirus.

“As we left the place, the crowd shouted ‘go corona go’. We just need security from life-threatening harassment like this. How we are supposed to feel safe in mainland India when our basic fundamental rights are threatened,” said the girl who was forcefully removed from the apartment.

It is a Mental Illness

Delhi University Professor Ramanand Singh, who is also actively working with Manipur Students Association in Delhi, said the increasing trend of racial attacks after the spread of COVID-19 is alarming and the government should take immediate action as the harassment can affect the mental health of such students, who are often away from their families.

“The racial attacks are unfortunate. While the people are fighting strongly against coronavirus, which is need of the hour, the government should alongside work to address these unfortunate incidents of harassments,” said Singh.

“The disease can be fought with medicine but such mindset cannot be cured by any medicine. It is a mental illness. We should sensitize the people regarding the northeast as such attacks can aggravate the situation and lead to a mental health problem in the vulnerable group of people,” said the professor urging the government to consider the seriousness of the situation before it leads to suicides.

Recognize us as Humans

The President of Manipur Students Association, Chingkhei Saikhom, said that it has become normal to face slurs and discrimination but what he finds more concerning is that the situation is not different at police stations.

“Police doesn’t register our complaints on many occasions. We face similar discrimination in many institutions. Differently looking people should be considered human being and respected,” said Chingkhei Saikhom.

Saikhom said he has himself faced a situation when he was called “corona” by a small child. “This is a reflection of atmosphere the kids are exposed to in their family,” he added.

Activists in India have been pushing for anti-racism legislation in the country.

Recently, after growing incidents of hate crime in the wake of COVID-19, the Indian Ministry of Home Affairs issued an order asking states to take action in cases of harassment against the north-eastern people in India.

“There have been cases where people of the northeast including athletes and sports persons have been harassed by linking them to COVID-19. This is racially discriminatory, inconvenient and painful to them", the Ministry of Home Affairs said in an order dated 23 March.

In 2015, the then Indian home minister Rajnath Singh promised to make amendments to Section 153 of the Criminal Law (Amendment) Act 2014 of the Indian Penal Code which would protect the people of the Northeast.