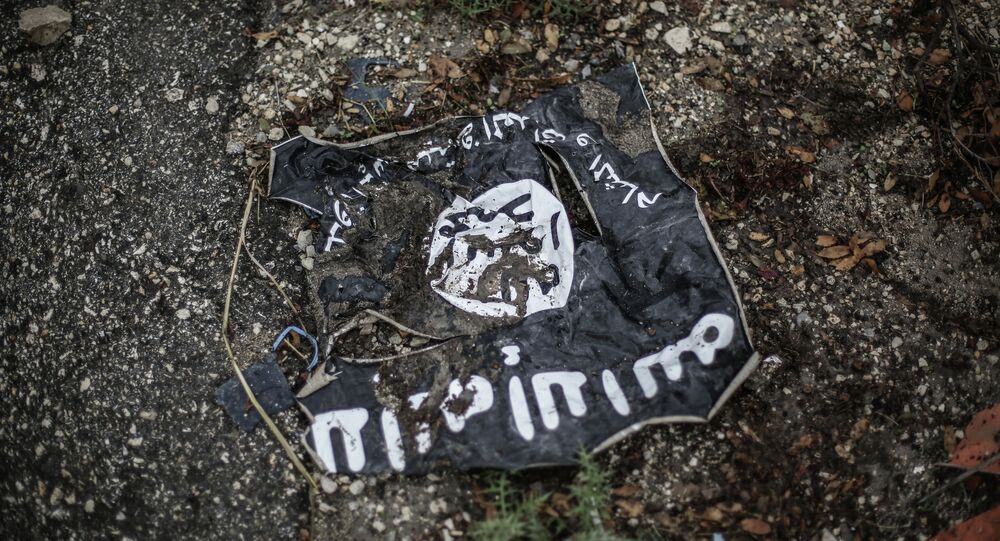 Although US President Donald Trump claimed last year that Daesh* had been "100 percent" defeated in Syria, the terrorist group is now reportedly regrouping in the Middle East and Afghanistan amid the spread of COVID-19.

The Daily Mirror has quoted an unnamed former British intelligence officer as saying that Daesh may take advantage of the ongoing coronavirus pandemic in order to stage a spate of attacks on Western countries.

The officer told the newspaper about “many ways in which the virus is creating multiple threats that have been kept at bay for some time”.

"Practically the conditions in the Middle East could be worsening in terms of the ongoing battle to quell Islamic State and keep them at bay. Much of what has been achieved could be undone by the panic and break down of security in the region, allowing Daesh to reform and once again look to the west for attacks”, the source claimed.

The remarks came as The Sun referred to Daesh propaganda posters provided by the watchdog Jihad and Terrorism Threat Monitor (JTTM), which feature the city of Chicago and Tower Bridge in London with text reading: “Hit them when they least expect it” and “Coronavirus – a soldier of Allah”.

This followed Daesh claiming responsibility for a rocket attack on competing inauguration ceremonies for the elected Afghan president and his rival in Kabul in early March.

Late last year, General Sir Nick Carter, the UK’s chief of the defence staff, warned that Daesh has not yet been completely defeated.

© Photo : screenshot
This propaganda poster, featuring an image of downtown Chicago, lays bare how Daesh wants to take advantage of the coronavirus pandemic

“Daesh, and the extremist ideas it represents, has absolutely not been defeated – indeed the threat from terrorism has proliferated – as was sadly demonstrated once again in last Friday’s attack at London Bridge”, the general declared during the annual State of Defence speech in December.

He spoke a week after at least two people were killed and five more injured in a terrorist attack on London Bridge carried out by a 28-year old knife-wielding man, Usman Khan, convicted in 2012 for terrorism and released in December 2018. Daesh claimed responsibility for the attack.

In October 2019, US President Donald Trump announced the death of Daesh leader Abu Bakr al-Baghdadi, in what was preceded by POTUS claiming earlier that year that “ISIS has been 100 percent defeated”.