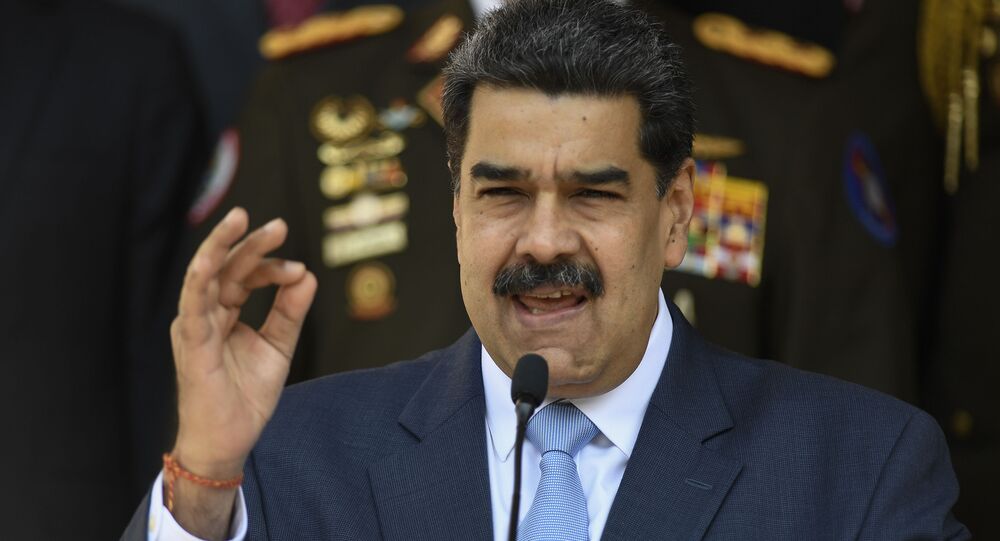 BUENOS AIRES (Sputnik) - Venezuelan President Nicolas Maduro said he was optimistic about the upcoming OPEC+ meeting, at which solutions could be found to stabilise the oil market.

On Thursday, an OPEC+ video conference will be held on the possibility of a new cut in oil production to stabilise the market, to be followed by a meeting of the G20 energy ministers on energy market stability on Friday.

"Oil Minister Manuel Quevedo and Foreign Minister Jorge Arreaza are in direct contact with the governments of Russia and Saudi Arabia and other OPEC counterparts as part of preparation for a video conference to be held 9 April, where countries will seek consensus to restore the oil market and fair and stable prices, which will help restore the global economy and financial markets", Maduro said.

Maduro expressed optimism about the upcoming conference and the possibility of an agreement that could "restore stability to the oil market and the global economy".

"I believe that we are on the right track, there are good proposals on the table", he said in a speech broadcast on Twitter.

Earlier in the day, the Saudi cabinet confirmed that it would seek a deal with major oil producers to restore balance to the markets, according to the state-run news agency SPA.

In early March, the OPEC+ member states' meeting in Vienna failed, as participants were not able to reach a consensus either on Russia's proposal to extend the OPEC + deal and make a more balanced decision later, or on the idea of Saudi Arabia deepening production cuts by 1.5 million barrels per day.

As a result, restrictions on crude production were lifted and, alongside the impact of the COVID-19 pandemic, the move led to a significant drop in crude prices over the past several weeks.

Against this background, Riyadh called an emergency meeting of the OPEC member states, as well as former partners in the output cut deal and several other countries.

Last week, Russian President Vladimir Putin expressed the belief that Saudi Arabia's withdrawal from the OPEC+ deal, as well as subsequent oil production increases and a declaration of readiness to provide discounts, were one reason behind the dramatic decline in global oil prices. The president added that oil production could be reduced by about 10 million barrels per day, but this could only be achieved through joint efforts.