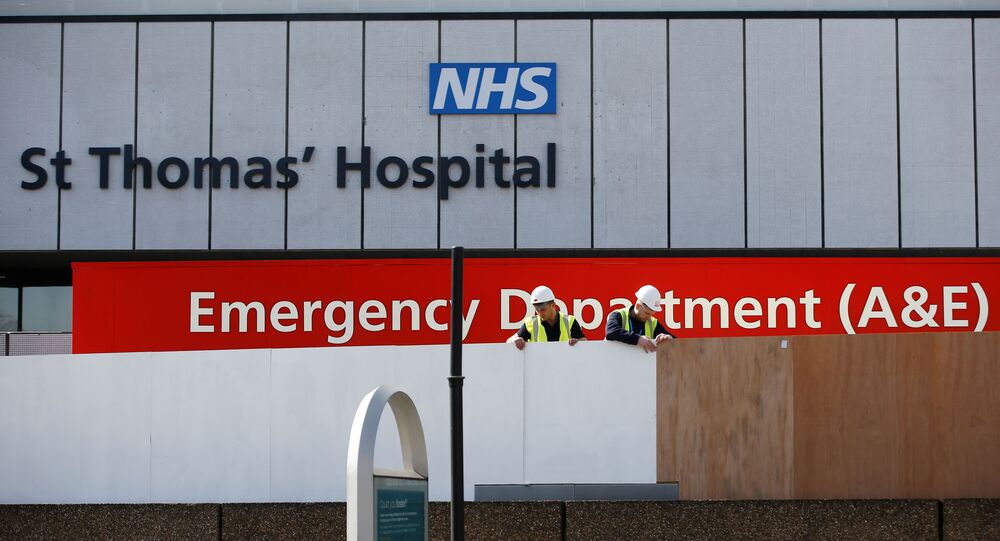 New Delhi (Sputnik): Speculation ran high in the media soon after UK Prime Minister Boris Johnson was admitted to an intensive care unit on Monday, 6 April. A spokesman for the head of the UK government, however, suggested that Johnson was merely receiving standard oxygen treatment.

In a case of grave misreporting, Pakistan’s leading news channel 'Dawn' ran a breaking news bulletin on the death of British Prime Minister Boris Johnson, who has been suffering from a worsening case of the coronavirus infection beginning last month.

The news channel not only rushed to outdo competitors, but also attributed the news to a fake twitter handle said to be aligned with the BBC World Service.

"The prime minister has been stable overnight and remains in good spirits. He is receiving standard oxygen treatment and breathing without any other assistance. He has not required mechanical ventilation, or non-invasive respiratory support", a spokesperson for Johnson stated, on Monday.

Dawn News TV aired a breaking news today that British Prime Minister #BorisJohnson passed away due to #Covid_19. They even quoted a fake BBC World account from Twitter which had hardly a few hundred followers. Smoking some next level shit. pic.twitter.com/J0BopcINB7

Lol dawn news just reported that British PM Borris is dead! In quest to report first misinformation is passed with little or no consequences. But all is well because “Quaid e Azam founded Dawn”... their excuse for everything

@Dawn_News should air an apology for airing fake news about death of British Prime Minister the idiot editor should be fired @FCO @GOVUK should take a serious note of this blunder @ukinpakistan pic.twitter.com/ixyzXmcHJA

Poor reporter ,did NOT understand ENGLISH in BBC WORLD

“InshaOLA Boyz played well” is all the English he ever heard

Another called it 'revenge' by a private news channel as there were rumours of Pakistani Prime Minister Imran Khan testing positive for the deadly coronavirus.

Rumour and fake news has run rampant in the wake of the pandemic. Earlier, a Pakistan Twitter handle, along with several others, shared false stories claiming that Russian President Vladimir Putin had unleashed 800 tigers and lions across Russia to clamp down on citizen movement amid the global reach of the disease.