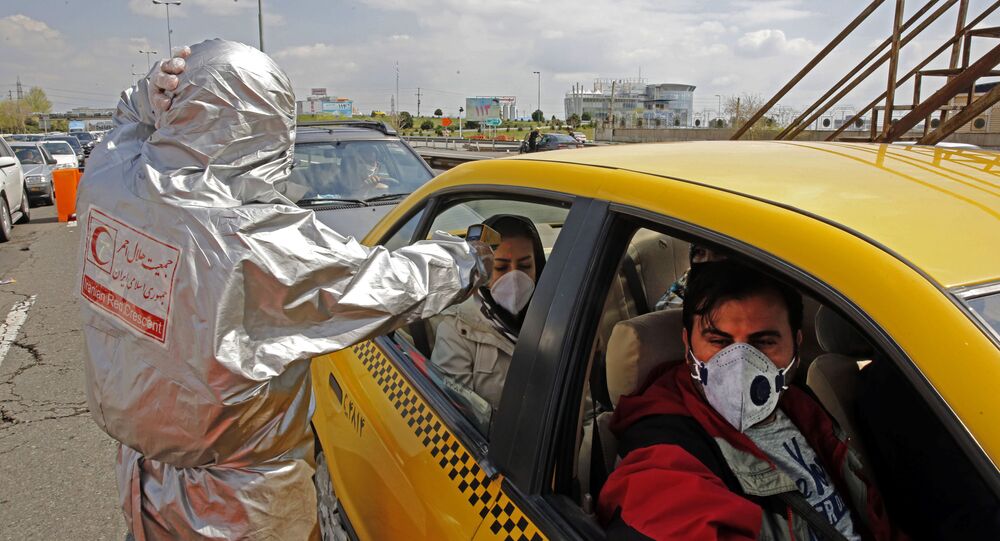 MOSCOW (Sputnik) - US sanctions are drastically hindering Iran’s ability to combat the spread of COVID-19, which has already killed more than 3,000 people in the country, the Iranian ambassador to Belgium, Gholamhossein Dehghani, wrote in a letter to the EU’s foreign policy chief Josep Borrell.

"The US unilateral and illegal sanctions imposed on Iran under the guise of the maximum pressure campaign undermine Iran's ability to effectively fight the virus in the long run without international support,” Dehghani’s letter read, as quoted by the state-run Mehr news agency on Saturday.

Dehghani referred to the shortage of vital medical equipment in Iran and cited the support that Iran has received in several international organizations for the lifting of sanctions.

“Iran's request for rejecting the US inhumane sanctions has been welcomed by some international organizations, and the relevant officials have described the continued economic sanctions in violation of the rights of ordinary citizens to enjoy their basic rights,” the ambassador said, as quoted by the agency.

© REUTERS / Andrew Kelly
Will COVID-19 Pandemic Trigger US to Roll Back Policy of Sanctions?
In late March, the permanent UN representatives of Russia, China, Syria, Cuba, North Korea, Iran, Nicaragua, and Venezuela sent a letter to Secretary-General Antonio Guterres calling for the lifting of US unilateral sanctions on several countries amid the global pandemic.

UN Under-Secretary-General for Humanitarian Affairs and Emergency Relief Coordinator Mark Lowcock and General Assembly President Tijjani Muhammad-Bande have both urged the US to ease sanctions during the COVID-19 outbreak.