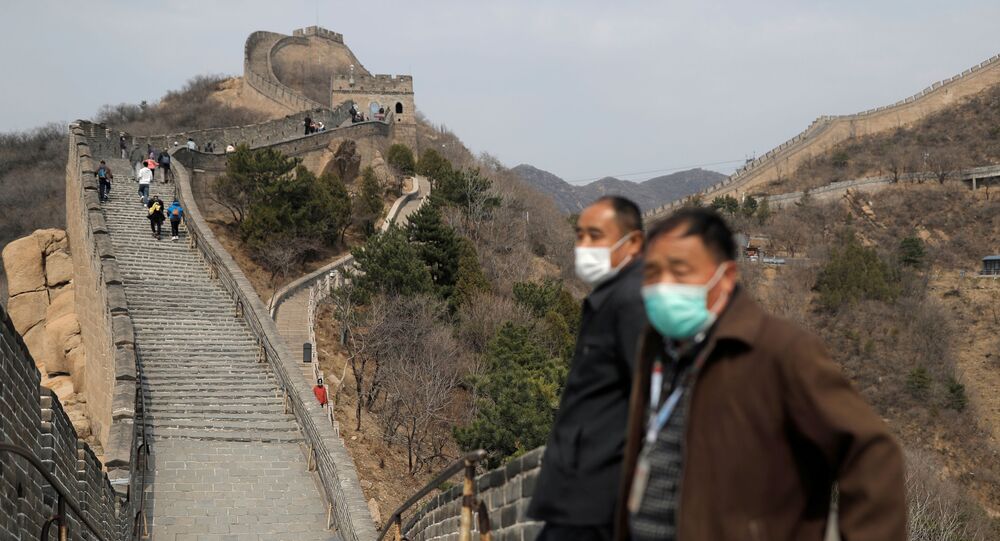 On Wednesday, Bloomberg reported that the White House had received a classified intelligence briefing which said that China has attempted to hide the seriousness of the COVID-19 outbreak, under-reporting both total cases and fatalities. President Trump has described China’s coronavirus numbers as “a little bit on the light side”.

China’s foreign ministry has responded to what it called the “shameless” claims made by some US politicians regarding the People’s Republic’s coronavirus response.

“We are very sympathetic to the gravity of the situation in the United States, and we can understand that some people in the US want to get rid of the responsibility, but we do not want to get into any meaningless arguments,” foreign ministry spokeswoman Hua Chunying said in a Thursday press briefing.

“The measures taken by the Chinese government have been decisive, timely, and strong. We have worked, to the best of our capabilities, to protect the lives and welfare of the Chinese people…while buying the world valuable time to stem the pandemic. China has done its best to be open, transparent, and accountable,” she added.

Accusing some US officials of “shamelessly” attempting to “slander, to discredit, to blame others,” the spokeswoman suggested that doing so will not make up for lost time, and only threatens to waste more time “and cause more loss of life.” She also suggested  that the US has done very little to curb the spread of the virus in the two months since it ended flights from China in early February.

According to Hua, “regarding international public health security, the most qualified judges are the World Health Organization and related experts in infectious diseases and medical control, not a few politicians who are full of lies”.

'Numbers on the Light Side'

The foreign ministry spokeswoman did not clarify which politicians she was referring to. On Wednesday, however, President Trump told reporters that China’s “numbers seem to be a little bit on the light side”, adding that he was “being nice” putting it that way.

Vice President Mike Pence told CNN Wednesday that the US “could have been better off if China had been more forthcoming,” adding that “what appears evident now is that long before the world learned in December that China was dealing with this, and maybe as much as a month earlier than that, that the outbreak was real in China.”

On Tuesday, State Department immunologist Deborah Birx suggested that alleged under-reporting by China may have caused a mistaken perception of the threat posed by the virus, and subsequent complications when it reached other countries.

Florida Republican Senator Rick Scott, meanwhile, has suggested putting together a congressional probe to study whether the World Health Organization has deliberately aided China to “cover up information regarding the threat of the Coronavirus,” and questioned whether the US should continue to make financial contributions to an agency which he said was “parroting propaganda from the Chinese Communist Party.”

Earlier, Bloomberg reported that US intelligence services had sent a secret briefing to the White House suggesting that the infection and death rates put out by Beijing on its COVID-19 infection rates were faked. However, in his Wednesday briefing, Trump said he had not received such a briefing.

© REUTERS / Aly Song
A pedestrian wearing a face mask walks near an overpass with an electronic board showing stock information, following an outbreak of the coronavirus disease (COVID-19), at Lujiazui financial district in Shanghai, China March 17, 2020

China has reported roughly 82,000 cases and 3,300 deaths from COVID-19-related complications.

The Asian nation has rejected claims by Western officials and media regarding any coronavirus cover-up, with the Global Times newspaper suggesting Monday that attempts to ‘scapegoat’ the country may be tied to some countries’ own lackluster responses to the pandemic.

Over 1.7 Mln Brits May Already Have COVID-19 - NHS Figures