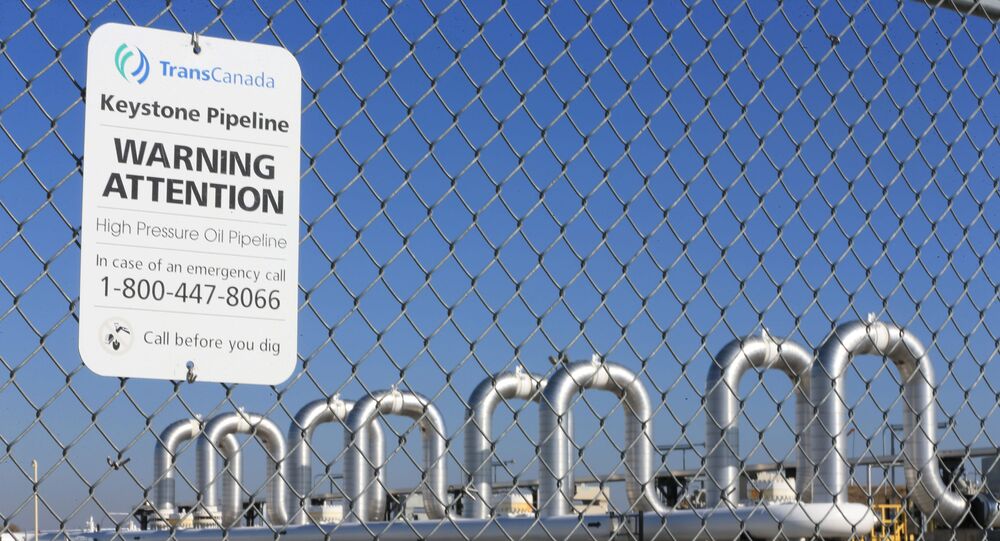 TORONTO (Sputnik) - Construction of the Keystone XL pipeline expansion project will be accelerated beginning 1 April, the Canadian province of Alberta announced on Tuesday.

"The Government of Alberta has finalized an agreement with Calgary-based TC Energy Corporation to provide financial support to accelerate the construction of the Keystone XL pipeline starting 1 April", the provincial government said in a statement. "The project is expected to be completed and in service in 2023".

As part of the deal with TC Energy - formerly TransCanada - the province will make a $1.07 billion equity investment in 2020 followed by a $4.3 billion loan guarantee in 2021.

The Albertan government said that the project will generate more than 1,400 direct and 5,400 indirect jobs in the province during construction and projects that $21.3 billion in tax and royalty revenues will be injected into the economy following completion.

In January, the Trump administration issued formal approval for construction work to begin on the oil pipeline across federal land in the US state of Montana, clearing one of the last major hurdles in the approval process.

TC Energy has said that the $8 billion pipeline would create thousands of jobs on both sides of the border and be a boon to long-term US energy independence.