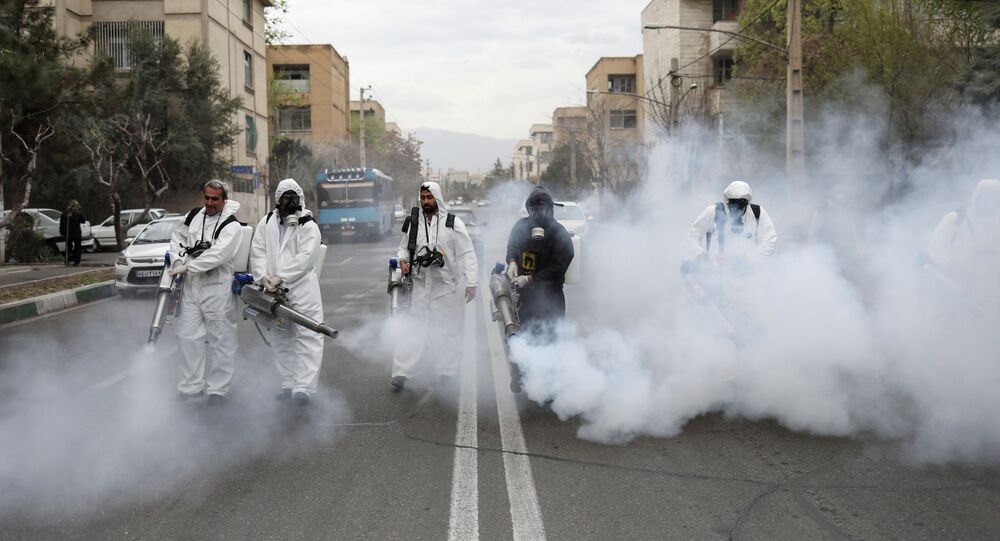 As many prefer or alternatively have been resolutely instructed to stay indoors, with the spread of the coronavirus leaving no say in the matter, culprits have been changing the ways in which they do business, targeting potentially gullible individuals in online scams as well as deceiving them in their own homes.

Criminals, in their thirst for making money in a time of a crisis, are now cashing in on ubiquitous COVID-19 fears and changing “their way of working",  director of EU police agency Europol, Catherine De Bolle, told AFP in an interview.

According to the agency’s Friday report, police around the world seized 4,000 counterfeit surgical masks in a major operation targeting so-called "corona criminals" earlier this month. As the report has it, "fraudsters have been very quick to adapt well-known fraud schemes to capitalise on the anxieties and fears of victims throughout the crisis".

While many European countries have already reported a dip in conventional criminality, like classic type of burglaries and goods smuggling since most nations have implemented a lockdown to curb the spread of the disease, they nonetheless complain about increasing numbers of cyber crimes, etc.

German police, for instance, say that "cybercriminals are exploiting people's current concerns about COVID-19 to send phishing emails with malicious content or use this fear with fraudulent intent".

In Italy, which has in the past month surpassed China in the corona-related death tally, fears have mounted that small businesses, severely crippled by the economic dead-end, would turn to the mafia to rescue them.

Illegal activity is rife in other EU countries as well, with the Danish government promising to impose prison sentences on those who steal hydro-alcoholic gel and burglars posing as paramedics.

Police have also called citizens to be on the alert for criminals wearing medical masks who claim to be conducting coronavirus tests at homes, in a bid to steal, primarily from the elderly.

Hooliganism is wide spread as well, as multiple reports emerged of British and French police detaining those spitting in the street while claiming they had been infected.

Separately, with people quarantined under strict rules in their homes, concerns have arisen of the domestic violence rate potentially showing an upward trend.

According to worldometers.info, the total number of coronavirus cases has climbed to 601,520 worldwide, with as many as 27,441 deaths registered overall, most of them (around 9,100) in Italy, the country hardest hit by the virus.