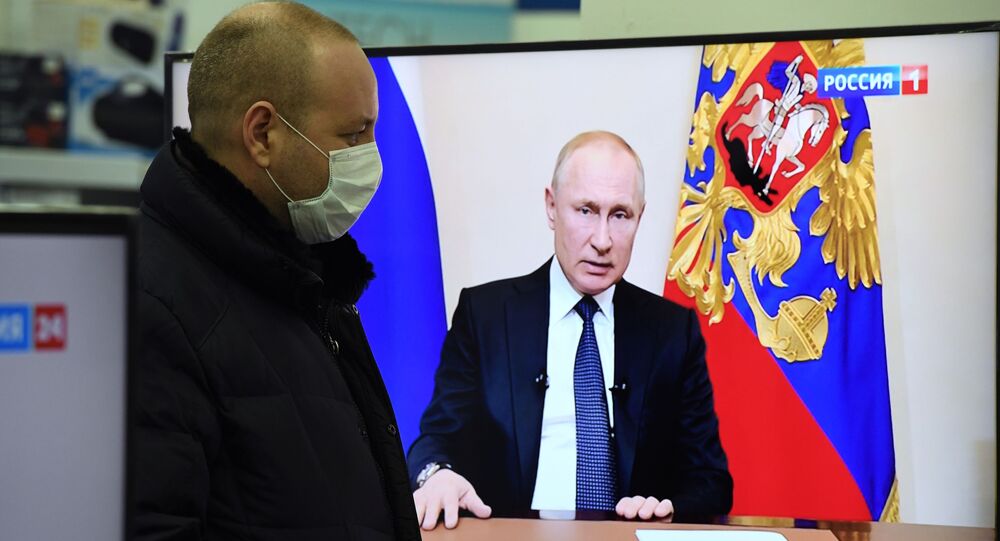 French Lawmaker Says Economic Sanctions on Russia, Iran Must Be Lifted Amid Pandemic

PARIS (Sputnik) - Economic sanctions imposed on Russia, Iran and other countries must be lifted as soon as possible given that any barrier to the supply of health care products at the moment could impede the global fight against the coronavirus pandemic, Jose Evrard, a member of France's National Assembly, said.

"To stop this pandemic as soon as possible, barriers to health action need to be eliminated ... To do this, all economic sanctions against Russia, Iran and other countries must be lifted immediately," Evrard said.

According to the lawmaker, "insisting on maintaining sanctions, as the United States does, is equal to refusing to help people in danger."

In Evrard's opinion, the United Nations should face no obstacles in ensuring that international law, particularly the basic right to life, is respected.

The lawmaker further commended Russia for considering people the most valuable resource in the face of a deadly danger. According to Evrard, the country has already demonstrated its commitment to provide support internationally by "helping Italy not in words but in human deeds, which the Italian people have met with great gratitude."

"As for the European Union, it is not the union that would protect people. The way it has been handling the health care catastrophe is dreadful. It especially applies to France which had no autonomy whatsoever in decision making from its US mentor. NATO's maneuvers and the deployment of US troops has no purpose during the crisis, but their [EU members] subordinate position obliges them to comply," Evrard said.

© REUTERS / OFFICIAL PRESIDENTIAL WEBSITE
Iran's Zarif Says Defying US Sanctions 'Moral Imperative' Amid COVID-19 Outbreak
The US military planned to ship some 20,000 troops and hardware across the Atlantic for the Defender-Europe 20 drills in what was to become the largest deployment of US-based forces to Europe since the 1990s.

However, on March 16, the US European Command (EUCOM) said Washington had suspended the movement of troops to Europe due to the pandemic. While several of the exercises were cancelled, the US armoured brigade combat team, stationed in Europe, will still conduct "gunnery and other combined training events" with NATO-allies as part of the Allied Spirit exercise, according to EUCOM.

The number of COVID-19 cases globally has surpassed 500,000 and the death toll is approaching 25,000, according to Johns Hopkins University, which gathers national coronavirus statistics.