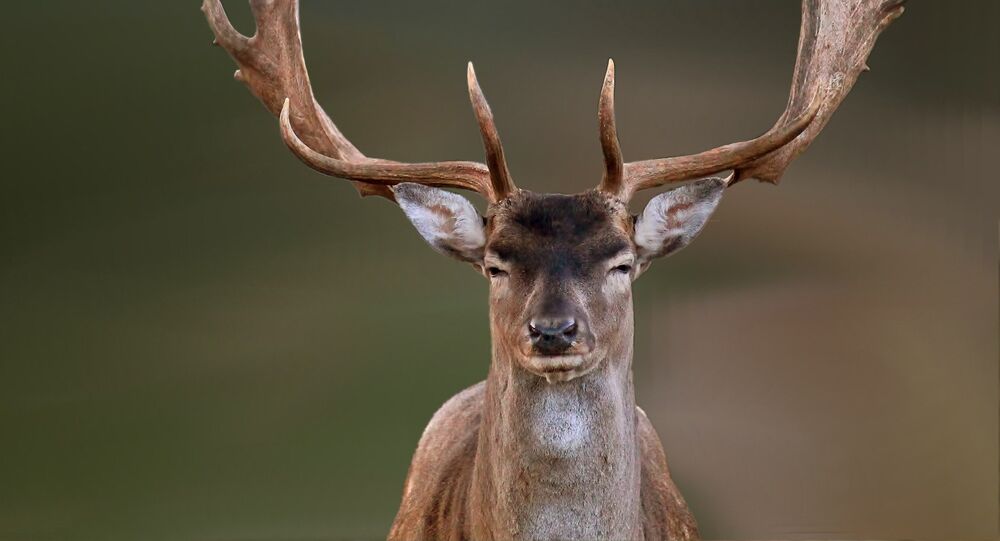 With humans out of sight, animals have taken over the deserted streets and highways of India. The creatures frolicking in big cities without fear have delighted people who have been anxiously seeking some respite in these gloomy days.

Animals, from the endangered civet and deer to Indian bison and the Asian blue bull, have been making appearances in places generally busy with traffic and humans.

On Friday, a blue bull was found roaming on the streets of Noida, adjoining the capital, Delhi.

This is from Sector 38 Noida. The Nilgai (Blue Bull) must be thanking the Pandemic. pic.twitter.com/aAy7x5C0Gc

Some have moved into the big towns and cities in search of food, while others seem to have taken the opportunity to enjoy unhindered freedom with humans locked down at home.

The mighty Indian bison was also seen roaming the streets of Karnataka state, making the most of his newfound freedom.

Indian Bison( the gaur) goes for a street walk😊
The largest extant Bovine, is native to South & SE Asia. Can be very aggressive. Rare to see in markets😐 pic.twitter.com/z4AYNpeUQt

Delhi's sky - where pollution levels touched the "emergency" mark in January - is now glittering with stars at night.

One video showed dozens of deer taking a stroll on the streets in the dark, with residents being clearly excited to see the animals in a place one would never expect.

Now Spotted deer herds on the road.
Sender says that it’s near Rajaji National park. Wildlife really claiming their space🙏
( For some Cynical about WL reclaiming it’s area on my earlier posts-This is a recent video. Effects of lockdown. Not fake😂) pic.twitter.com/zy00IewZIS

Soon after a strict lockdown was declared in India by Prime Minister Narendra Modi, a critically endangered civet was spotted on a zebra crossing in Kerala's Kozhikode.

Now it’s turn of the Malabar large spotted civet on the road👍🏻Critically endangered with fewer than 250 matured individuals. Endemic to western ghats, not seen since 1990 surfaced at Kozhikode( sometimes known by its anglicised version, Calicut) during present lockdown. pic.twitter.com/aDvsx9QEGC

Similar videos and pictures showed buffalos and dogs taking over roads, once packed with traffic and people.

Got this on WA!
Pigeon party at Connaught Place while the humans are jailed :) pic.twitter.com/I3NDnlfX4N