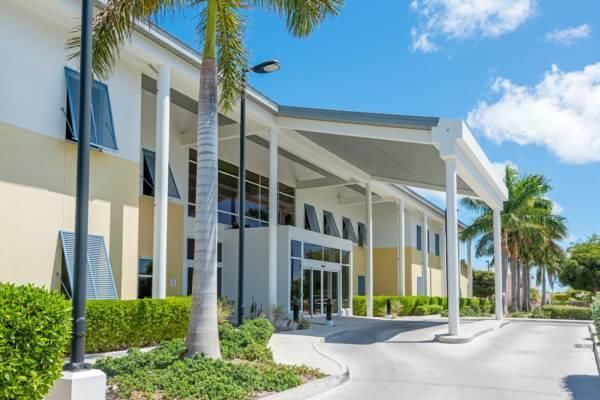 ‘Only God Can Save us Now’: British Colonies Ignored as UK Government Focuses on Crisis at Home

Britain has 14 overseas territories, many of which rely on the Caribbean tourist industry, which has been decimated by the coronavirus outbreak. Has the Foreign and Commonwealth Office done enough to help them during the crisis?

The former prime minister of the Turks and Caicos Islands says Britain’s overseas territories feel “abandoned” by the British government during the coronavirus crisis.

Today was our first confirmed case of COVID19. Not unexpected but an important moment. The Premier was told at 3am; the public were informed at 9:30am. We intend to keep sharing the best information we can, as early as we can. The Premier was engaged in business in the House of Assembly today. This morning I chaired the NEOC (all the PS’s, health professionals, Hospital and National Security Staff). We have a full set of proposals prepared, in terms of speed of implementation and intensity of effect, to put to Cabinet tomorrow. Our intention is to not surprise the public while keeping ahead of the normal global response. With Emergency Powers we go into Cabinet ruling nothing lawful out. Just at this moment with schools shut, the Island closing to inward tourist travel, our first confirmed case only today, and emergency powers already in place (the only OT that has proclaimed them) we are just ahead of where most others are. We don’t intend to squander that slight advantage. From the NEOC I had separate meetings with (our excellent) DDME Team, our Supermarket Leadership and our Police Executive. All are in good shape. We now have a full National Security Team that can co-ordinate across both Government and the private sector and they were present throughout my meetings. Things feel increasingly joined up. Meanwhile the Premier, as Minister of Finance, is fully focused on the hugely significant issue of a stimulus and support package. I was too busy to take a photograph today - but this from the weekend makes the point - the Islands are emptying. The UK (today) and US have called for their residents to come home. A BA flight will arrive on Thursday to repatriate UK residents and others. If you want to get back to the UK please book or confirm. If you need to return to the US on Saturday 28th we are expecting three Jet Blue flights to depart to Fort Lauderdale, JFK and Boston. It helps us to have less people on the Islands rather than more - if you are in doubt please leave - it may be some time before the next opportunity. More tomorrow but I ended today knowing Cabinet are equipped to make good decisions tomorrow.

On 11 March the UK Chancellor of the Exchequer, Rishi Sunak, unveiled a special Budget which concentrated on alleviating the impact for businesses in Britain and on Friday, 20 March, he announced another stimulus package for those who have been hardest hit by the coronavirus crisis.

Sunak said: "Government grants will cover 80 percent of the salary of retained workers up to a total of £2,500 a month…That means workers in any part of the UK can retain their job, even if their employer cannot afford to pay them, and be paid at least 80 percent of their salary.”

We are a British Colony and ultimately our wellbeing is the responsibility of the British Government. This should be so whether it is in good times or bad times. I call on the British Government to include Turks and Caicos and all other British colonies in there stimulus package. https://www.instagram.com/tv/B-ADLsIHwyz/?igshid=kxum54nnlie2

The Turks and Caicos Islands reported its first case of coronavirus on Sunday, 22 March, but it has already closed down its only international airport to all but essential flights and almost all hotels and businesses in the archipelago have shut down, with any remaining tourists returning to their home countries.

A British Airways plane arrived at the airport, on the island of Providenciales, on Wednesday 25 March, to pick up British citizens but it did not bring any supplies.

#COVID19 (#Coronavirus) Update: 24 March 2020@BermudaPremier is reminding the public of the non-essential business closures which now include retail stores, cinemas, restaurants and bars.

​There are only three respirators in the Turks and Caicos Islands and Mr Misick, whose government was responsible for building the Canadian-run Cheshire Hall Medical Centre, said he was very worried about what would happen if the pandemic spread through the archipelago.

​He said: “Ventilators, and their availability in times of acute care, will be the difference between life and death. Do we have more on order and if not why not?”

Mr Misick said: “Where is the financial help? I call on the government to give all citizens at least US$1,000 per month as a living wage until this crisis is over or until people can return to work.”

Mr Misick, who was deposed by the British government in 2009 and has been campaigning for the Turks and Caicos Islands to become independent, said: "I don’t want to be a colony but if they want the responsibility then they have to step up to the plate in crisis time. They want to tell us how to spend our money and how to manage our affairs but when a crisis comes we are on our own.”

The Ministry of Health & Social Development in Anguilla 🇦🇮 has launched a website to keep the public updated on COVID-19. Stay informed with the facts on coronavirus at https://t.co/cJrN3JyYK4

​He said Bermuda, Anguilla, Montserrat and the British Virgin Islands all relied on tourism and their economies faced devastated because of the coronavirus.

“Only God can save us from a disaster now,” said Mr Misick.

The current Premier of the Turks and Caicos Islands, Sharlene Cartwright-Robinson, said on Monday, 23 March: “God has been good to us. We have had more time to prepare for our first COVID-19 case than most countries in the region. The first positive test result was received from someone in an outlying cay.”

She admitted there were only 30 beds available - for a population of 50,000 - and said it was important people followed social distancing guidelines.

Ms Cartwright-Robinson said: “The TCI government has US$200 million in cash but the UK required spending strictures.”

My remarks this morning during a National Address held at @TCIPremier. The Premier and I laid out further measures that will be taken in relation to the TCI's COVID-19 response. Read the full text here: https://t.co/YnlSQeXBtL pic.twitter.com/00FARIfjs9

​The Governor of the Turks and Caicos Islands, Nigel Dakin, posted a statement on Facebook on Wednesday in which he said the UK government had agreed to allow Ms Cartwright-Robinson to run a deficit budget during the crisis.

Mr Dakin said: "We also have the UK. She too is going through her own version of this - indeed she is deeper into this pandemic crisis than we want TCI ever to get. But the UK in the end holds the contingent financial liabilities for these Islands and remains one of the largest economies in the world, a back-stop most other Caribbean states would welcome at this time. She is sourcing health materials for us. She has been providing advice to our clinicians. I have military aid to call on to support us, as I need."

Mr Dakin said he had spoken to the UK’s Chief of Defence Staff, General Nick Carter, on Wednesday.

The Foreign Secretary, Dominic Raab, made a speech in Parliament on Tuesday in which he focused on repatriating British citizens from around the globe and made no mention of what financial or medical support there would be for the overseas territories.

Sputnik has contacted the Foreign and Commonwealth Office about the issue but has received no response.