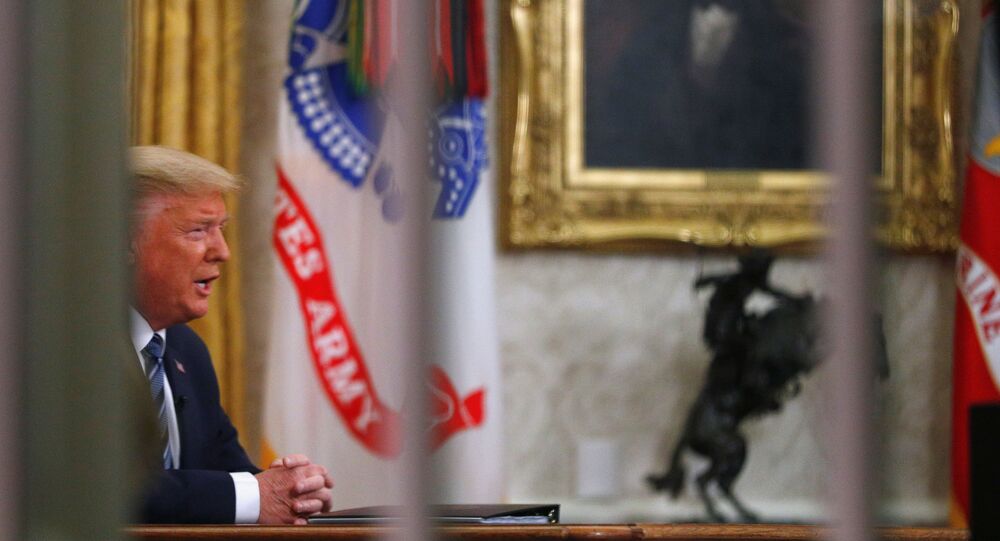 With COVID-19 cases surging tenfold over the last week, the United States is on course to becoming one of the nations most heavily afflicted by the pandemic. On Tuesday, the World Health Organization warned that with its 55,000+ cases, the US has the potential to be the virus’s next epicenter.

The Trump administration has been quietly turning to its transoceanic allies for assistance in dealing with the spread of the new coronavirus, even the president continues to boast that the US will not look for handouts.

The president’s comments appear to contrast with his administration’s policy, however, with South Korean media reporting Wednesday that Trump had requested support from Seoul on medical devices during his recent telephone call with President Moon Jae-in.

According to the South Korean president’s office, during the Tuesday phone call, made at the US president’s “urgent request,” Trump praised South Korea’s COVID-19 response, and expressed hope that Seoul could provide the United States with medical equipment support. Moon reportedly replied that South Korea would provide “maximum support” if available, adding that clearance by the US Food and Drug Administration might be needed.

A White House statement on the conversation did not mention any US aid request, saying the phone call was centered around Washington’s effort to “work with global leaders to save lives and restore economic growth.”

On Monday, Foreign Policy reported, siting diplomatic sources, that the State Department had instructed top diplomats to pressure governments and businesses in Eastern Europe to increase production and exports of medical equipment and protective gear to the United States.

“Depending on critical needs, the United States could seek to purchase many of these items in the hundreds of millions with purchases of higher end equipment such as ventilators in the hundreds of thousands,” an internal State Department email said to have been written by Undersecretary of State for Political Affairs David Hale noted, adding that the appeal applies to all countries in Eastern Europe “minus Moscow.”

Earlier, German media reported that the US had attempted to poach German scientists developing a COVID-19 vaccine to provide Washington with exclusive access to a potential vaccine.

Last week, Defense One reported that the US Air Force had quietly flown half a million coronavirus test kit components out of Italy, one of the countries hit hardest by the pandemic, to Tennessee. Air Force Brig. Gen. Dr. Paul Friedrichs, the Joint Staff surgeon, said the evacuation was “a great example of how nations are working together to ensure that we’re meeting the global demand.” Italy has suffered over 69,000 confirmed COVID-19 cases, including over 6,800 deaths.

© REUTERS / ALBERTO LINGRIA
Piazza Venezia in Rome is seen deserted as Italians stay home as part of a lockdown against the spread of coronavirus disease (COVID-19) in Rome, Italy March 22, 202

Speaking at a Fox News town hall on Tuesday, President Trump said he believed more people would die if anti-COVID-19 restrictions in place in the United States were not lifted soon, and said he would “love to have the country opened up” by Easter, which will be observed this year on April 12. US lawmakers approved a $2 trillion coronavirus response bill in the early hours of Wednesday, with the mammoth economic stimulus package expected to cushion the economic blow caused by the pandemic.

Also Tuesday, World Health Organization spokeswoman Margaret Harris told reporters that the US could be the next epicenter for COVID-19 as cases skyrocket. “We are now seeing a very large acceleration in cases in the US, so it does have that potential,” she warned.