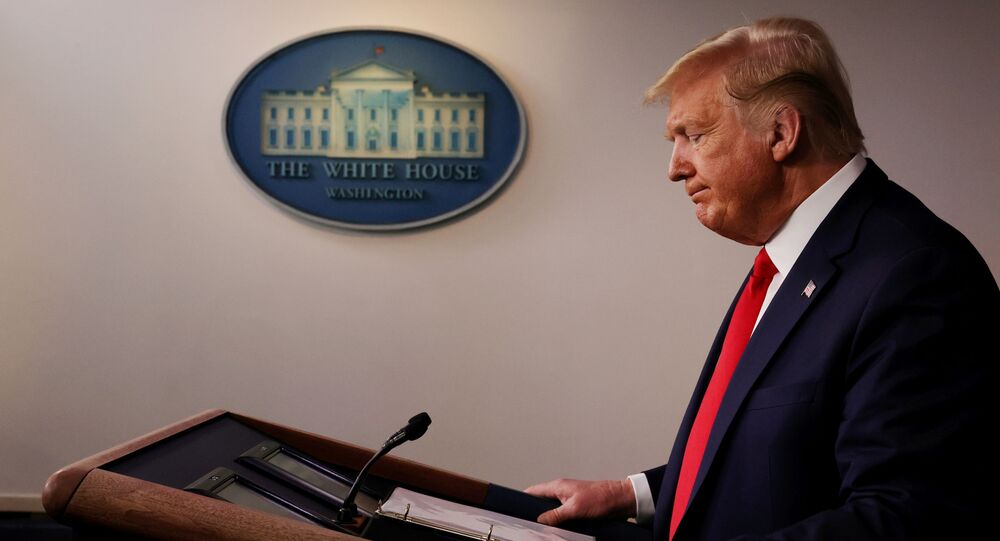 President Donald Trump last week hinted that the US would wade into the oil price war between Saudi Arabia and Russia at the appropriate time, saying low gasoline prices were good for American consumers despite hurting the industry.

“Keep prices low, but keep it viable” for US drillers to remain in business, urged Trump according to the official who was briefed on the telephone call the US President made on 9 March to the Kingdom’s Crown Prince Mohammed bin Salman.

The source cited by the outlet claims the conversation was to ensure the two sides were “on the same page”, with the Saudi’s responding:

The outlet says a White House spokesman confirmed the sides had spoken, without offering any details.

However, the alarming price drop of around 25 per cent that came two weeks after the US President’s conversation with the Crown Prince of Saudi Arabia, Mohammed bin Salman, turned out to be so strong that the White House was taken by surprise.

"No one thought it would go quite this low. It was woah, we didn’t think it would get to this," the official is cited as saying.

The US President Donald Trump said on 19 March he would enter the oil price war between Saudi Arabia and Russia when the time was right, adding that low gasoline prices were good for American consumers even while hurting the industry.

“That’s bigger than any tax decrease that you could give. You know, we can give all these big tax cuts, but they’re paying so little for gasoline. But, on the other hand, it hurts a great industry and a very powerful industry,” said Trump.

The low oil prices are impacting the US crude producers who have higher costs than their counterparts in Saudi Arabia and Russia.

On the oil price tug-of-war he responded by saying:

Earlier, the Wall Street Journal reported, citing anonymous sources, that officials from the US Department of Energy were urging the Trump administration to wield diplomatic influence and persuade Saudi Arabia to close its taps to stave off a serious collapses in oil price, while also nurturing hopes the move might weaken the relationship between Saudi Arabia with Russia.

Commenting on Trump’s words, the Russian President’s spokesman Dmitry Peskov noted that the Kremlin understands the reason for his statements, as many companies are suffering from low prices, and American producers of shale oil are in a dire situation.

And when the coronavirus started to result in demand destruction the downward pressure on prices has increased still further.

Global Recession: Who the Real Winner is in Coronavirus Market Panic, It's Not Soros