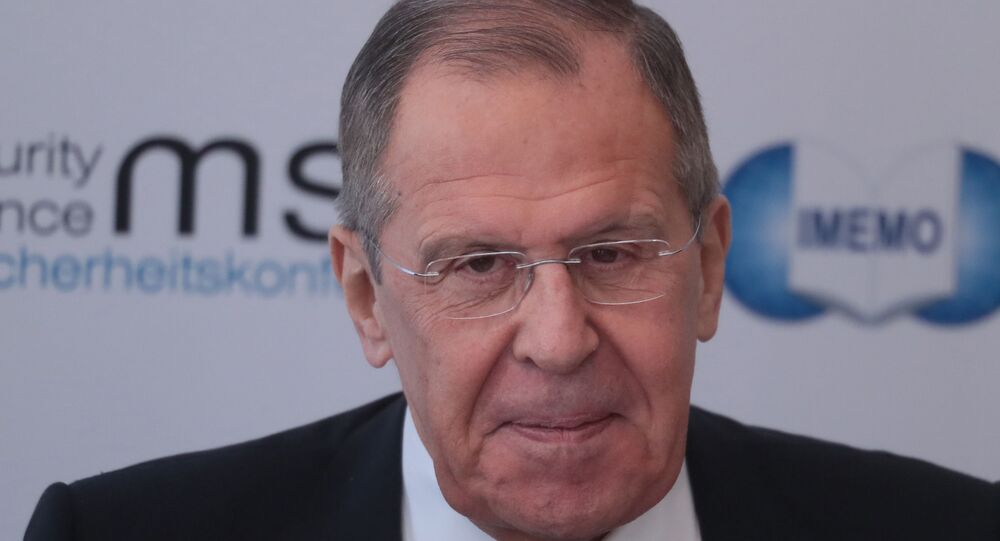 Reporter Julian Röpcke is well known for his anti-Russian sentiments and criticisms of those politicians who maintain normal ties with Moscow, regardless of existing disagreements.

German Bild reporter, Julian Röpcke raged against the Moscow-based department of German ARD broadcaster over a recent tweet in which the media wished "Happy Birthday" to Russian Foreign Minister Sergey Lavrov, who turned 70 last Saturday. The media also reposted a tweet from the Russians at NATO's official account, detailing that an album with a collection of the foreign minister’s photos just went on sale on the occasion of his anniversary.

Röpcke, however, characterized the ARD birthday tweet as an "incredible scandal", claiming it was inappropriate of the broadcaster to issue congratulations and assist in the sale of Lavrov's albums, refereing to the long-standing Russian diplomat as "Putin's propaganda pioneer", in the times of coronavirus outbreak. The reporter accused Moscow of spreading "fakes" about the pandemic to wage "hybrid war against the West", but naturally offered zero evidence to back up his claim.

A Russian Foreign Ministry spokeswoman refused to comment on Röpcke's article in Bild, simply saying that in situations like this she only wishes to cite the minister himself, but would not do that in public. The spokeswoman apparently referred to a short comment Lavrov made during a joint press conference with former Saudi Foreign Minister Adel al-Jubeir in 2015. The minister was allegedly annoyed by the loud behaviour of some journalists and, apparently believing that the microphone was switched off, muttered "f**king retards" in colloquial Russian. The video catching this moment later went viral, as well as his comment.

Russia Will Help EU Solve Migrant Issue, But Not at Expense of Fighting Terror in Syria - Lavrov