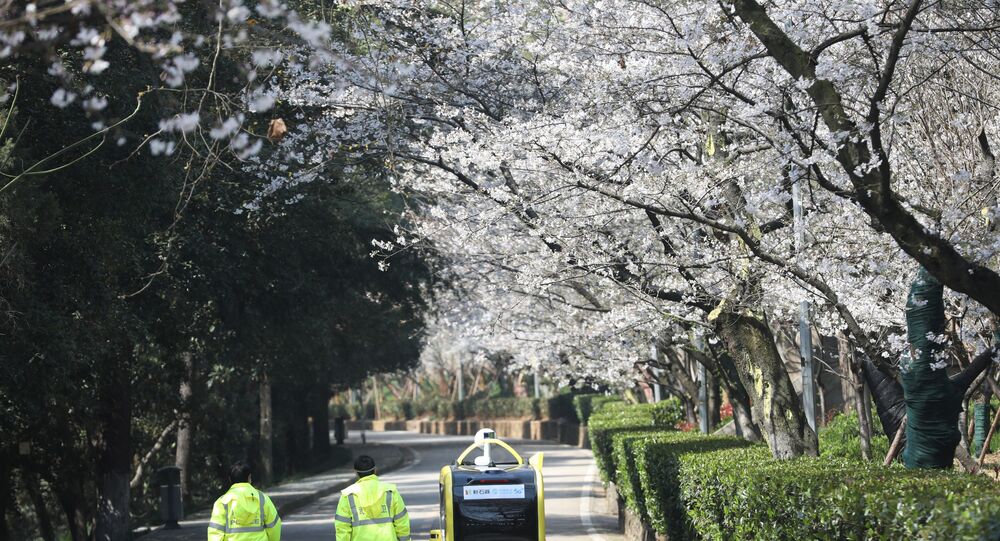 MOSCOW (Sputnik) - The fact Wuhan has not recorded any new cases of COVID-19 for the first time since the outbreak began gives hope to the rest of the world, World Health Organisation (WHO) Chief Tedros Adhanom Gebreyesus said Friday.

"Wuhan provides hope for the rest of the world, that even the most severe situation can be turned around", Tedros said at a virtual press conference.

The WHO chief went on to say that unlike any pandemic in history, humanity now has the power to change the way the pandemic unfolds.

"It’s a message of hope; it’s a message that this virus can be suppressed, we can break chains of transmission", Ryan said, adding that abating the spread takes a whole-of-society effort.

The central Chinese city of Wuhan, where the virus had infected and killed by far the highest number of people, recorded no new community infection cases for the second consecutive day Friday.

Since the outbreak began, residents of Hubei Province had to endure months of lockdown to combat the spread of COVID-19.

WHO Chief Says Young People Not Safe From COVID-19

"Although older people are the hardest hit, younger people are not spared. Data from many countries clearly show that people under 50 make up a significant proportion of patients requiring hospitalisation", Tedros said.

He directed a stark message to younger people: "you are not invincible, this virus could put you in the hospital for weeks or even kill you."

Earlier in the month, Gebreyesus declared the COVID-19 outbreak a pandemic and called on all countries to take drastic precautionary measures.

"We are currently validating the number of lab tests need, but if I give you a sense of scale, WHO has distributed 1.5 million lab tests around the world. If we look forward in this epidemic, we project ourselves forward the number of months and the amount of testing that is going to be needed — we need to scale that up approximately 80 to 100 times", WHO Health Emergencies Programme Executive Director Michael Ryan told an online briefing.

© REUTERS / Jonathan Ernst
Donald Trump, Coronavirus Task Force Hold Press Briefing on COVID-19 Pandemic - Video
He stressed that there was currently no talking about doubling or tripling the availability of lab tests, as it should be potentially increased much more significantly.

As of 20 March, the Hubei Province and the capital city Wuhan have around 6,240 active cases, after recording a cumulative 67,800 cases and 3,133 deaths, according to local health authorities.

European countries, where the spread currently appears at its most intense, have adopted similar measures. The coronavirus has infected so far over 265,000 people worldwide and killed more than 11,100 while over 87,000 have been cured.