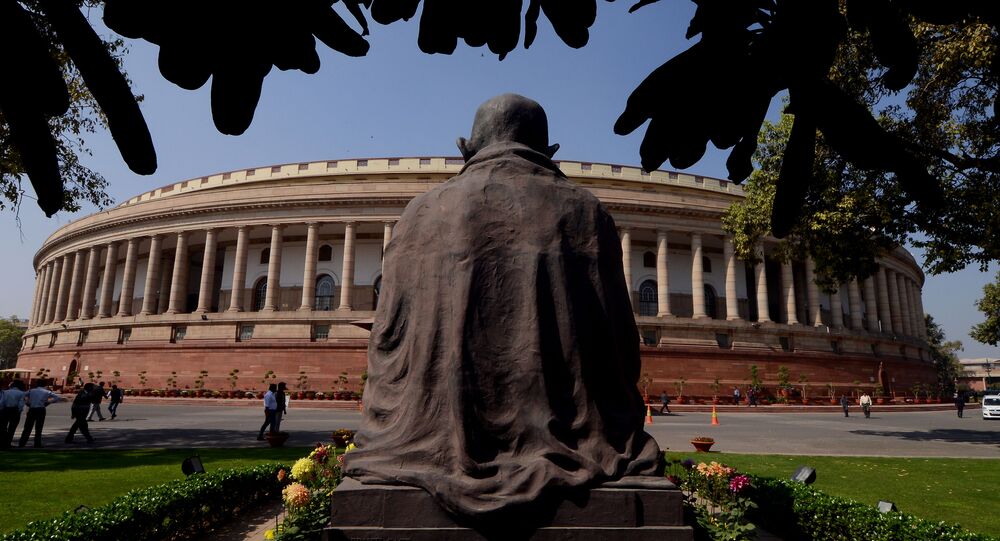 New Delhi (Sputnik): The former Chief Justice of India Ranjan Gogoi’s has become the first member of the judiciary to be appointed as the member of Upper House of Indian parliament. His nomination has stirred huge controversy with opposition parties questioning the independence of the Judiciary and its role in political disclosure.

As retired chief Justice Ranjan Gogoi took his oath as a member of the Upper House of Parliament, opposition parties staged a walk-out amid chants of “shame” on Thursday.

All opposition parties, including Congress and the Communist party walked out in protest in the middle of the oath taking ceremony, except the Samajwadi Party. The ruckus happened when Prime Minister Narendra Modi, Home Minister Amit Shah and the Gogoi family were present in the Upper house of the Parliament.

Law Minister Ravi Shankar Prasad defended Gogoi defence, slamming the opposition and said: “Rajya Sabha has a great tradition of many eminent persons coming from diverse fields, including former Chief Justices. Justice Gogoi who has taken oath today will surely contribute his best. It was grossly unfair to do that.”

The opposition has launched a scathing attack since the nomination by Indian President Ram Nath Kovind on 16 March, saying that people will lose faith in the independence of the judiciary.

It also raised questions as it came immediately after his retirement, as well as over the sensitive judgements he has taken during his tenure that were largely considered to be in favour of the present government headed by Prime Minister Narendra Modi. The judgements in question include the Ayodhya land title dispute between Hindus and Muslims, and allegations of corruption in the acquisition of Rafael fighter planes.

Gogoi, who retired in November 2019 as the top judge, had defended himself over criticism by saying that his appointment will "be an opportunity to project the views of the judiciary before the legislative and vice versa".

"I have accepted it since I have a strong conviction that the legislative and the judiciary must at some point of time work together for nation-building. My presence in parliament will be an opportunity to project the views of the judiciary before the legislature and vice versa," he said on Tuesday.