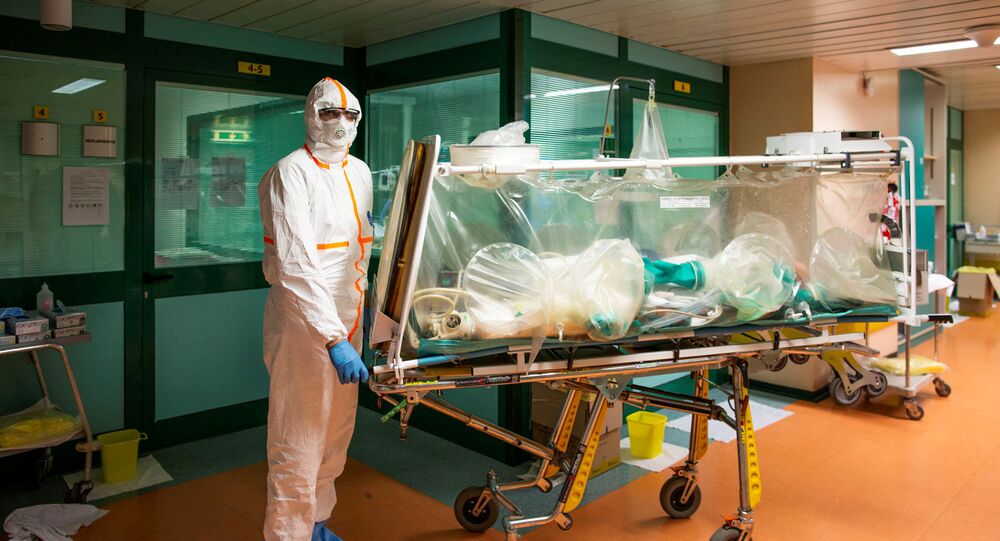 An estimated 3,000 medical workers fell sick with the new coronavirus at the epicentre of the outbreak in Wuhan, China. Now, their counterparts outside of China are on the frontlines of fighting the pandemic.

Chinese medics have called for the protection of medical workers as the centre of the COVID-19 pandemic has shifted from China to Europe and the United States.

“Our European colleagues are contracting the disease in their daily practice, and the proportion is quite similar to the earlier situation in Wuhan,” Wu Dong, associate professor of gastroenterology at Peking Union Medical College Hospital, told journalists at a briefing in Beijing on Monday. “We need to protect our medical staff.”

Confirmed cases of the new coronavirus outside China have now outnumbered those inside the country. Italy and the United States are among the hardest-hit countries.

The unchecked spread of the pandemic is putting overwhelming pressure on healthcare systems. Doctors and nurses, who are working tirelessly to curb it, are finding themselves among the most vulnerable groups.

The pandemic has stressed the supply chain for vital personal protective equipment such as respiratory masks, eye shields and surgical gowns, which are mostly manufactured in China.

In one example, a leading cancer treatment centre in New York, where several patients and staff members have already tested positive for the coronavirus, has informed its staff that it is running out of masks.

And several hospitals in Washington State have reportedly asked their personnel to reuse disposable masks because of the shortages.

According to a senior Chinese government official, who was tasked with overseeing coronavirus containment in the province where the virus was first registered, more than 3,000 out of nearly 40,000 health workers deployed to fight the outbreak have contracted COVID-19. He said that 40 percent have got sick while treating patients at hospitals and the rest got infected in their communities.

Over a dozen doctors have died, including the director of Wuchang hospital in Wuhan and the ophthalmologist who issued early warnings about the outbreak.

Du Bin, director of the intensive care unit at Peking Union Medical College Hospital, said at the same Beijing briefing that it’s also important “to get doctors educated and trained on how to protect themselves.”

He noted that COVID-19 infection rates among otolaryngologists (ear, nose and throat doctors) in Wuhan were higher than among colleagues in the same hospitals.

“My personal interpretation is these doctors have very close contact with the patients, that’s the major reason that they got easily infected,” he added.

“There are so many things to share, but the most important thing in combating this infectious disease is about prevention and control rather than treatment.”

“I may not be an expert on this topic but, [you must] test, test and test. Apart from testing, I just have no idea how you can identify the suspected cases, and how to quarantine the close contacts.”