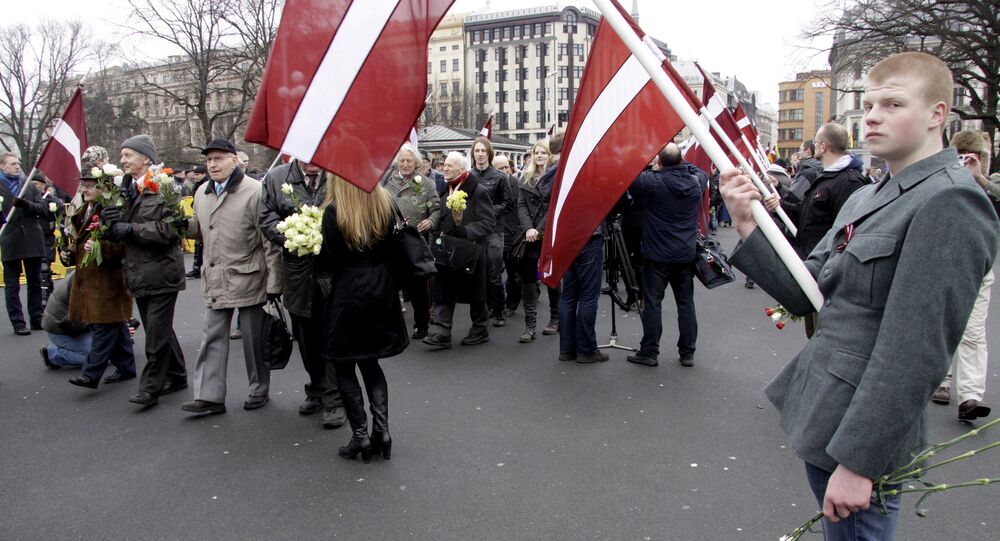 MOSCOW (Sputnik) - A report with names of 96 veterans of the Latvian Legion — part of the Nazi SS organization — who live in the United States, Canada and other countries was presented on Monday at a round table at the Rossiya Segodnya news agency.

At the moment, about 400 former members of the legion live in Latvia and other countries. The report discloses the names of 96 veterans — 32 of them live in the United States, 21 in Latvia, 19 in Australia, 15 in Canada, four in the United Kingdom, three in Brazil, two in Argentina. In these countries, legion members set up branches of "Daugava Hawks" organization.

After the war, the former legionaries formed a nationalist organisation dubbed Daugavas Vanagi.

Despite the crimes that members of the legion conducted during the war, the Latvian authorities have provided support, including financial assistance, to the organisation and its members, according to Alexander Dyukov, the head of Russia's Historical Memory Foundation and one of the researchers behind the study to establish the names of the former legion members.

Some 140,000 Latvian members of the legion are believed to have fought against the Soviet Union on the side of Nazi Germany during World War II.