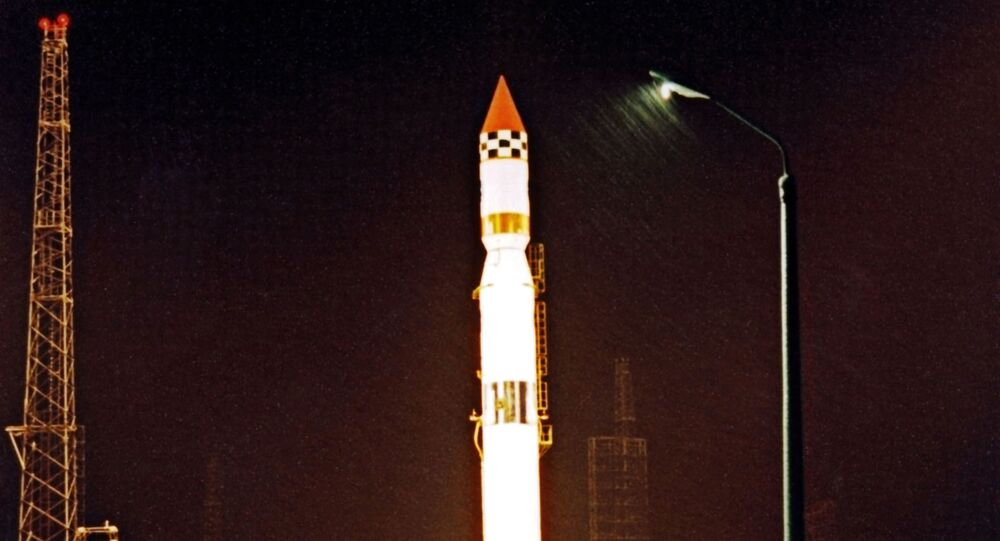 US Media Reveals What Happened to Soviet Rocket in Outer Space

The Ukrainian-made Tsyklon-3 booster was used to launch a weather satellite into outer space in 1991, shortly before the disintegration of the Soviet Union, of which Ukraine was a republic.

Wreckage pieces of the third stage of the Soviet-made Tsyklon (Cyclone)-3 carrier rocket were scattered hundreds of kilometres from orbit, according to data published on the US Air Force (USAF)’s website space-track.org.

The website claimed that 78 such pieces, which were included by the US military in the catalogue of space objects, are currently orbiting the Earth at a height of 599 to 1,819 kilometres.

Rockets, including the huge cyclone-3, near the kosmo museum in Dnepropetrovsk. pic.twitter.com/D4dXeuOEdk

This comes after the USAF’s 18th Space Control Squadron reported the destruction of Tsyklon-3’s third stage on 12 February, 29 years after the rocket’s launch into outer space.

In 1991, the booster, which was made at the Yuzhmash plant in the then-Soviet Republic of Ukraine, lifted off from the Plesetsk space port with a weather satellite on board. The launch took place shortly before the Soviet Union’s collapse in December 1991.

Meanwhile, Yuri Kolyuk, spokesman for the TsNIIMASH research institute with the Russian Federal Space Corporation, said last year that the destruction of 250 space objects, which include active and inactive satellites, spent launch vehicle stages, and booster blocks, has been registered in orbit since 1961.

According to him, the destruction occurred either as a result of explosions or after colliding with other objects.