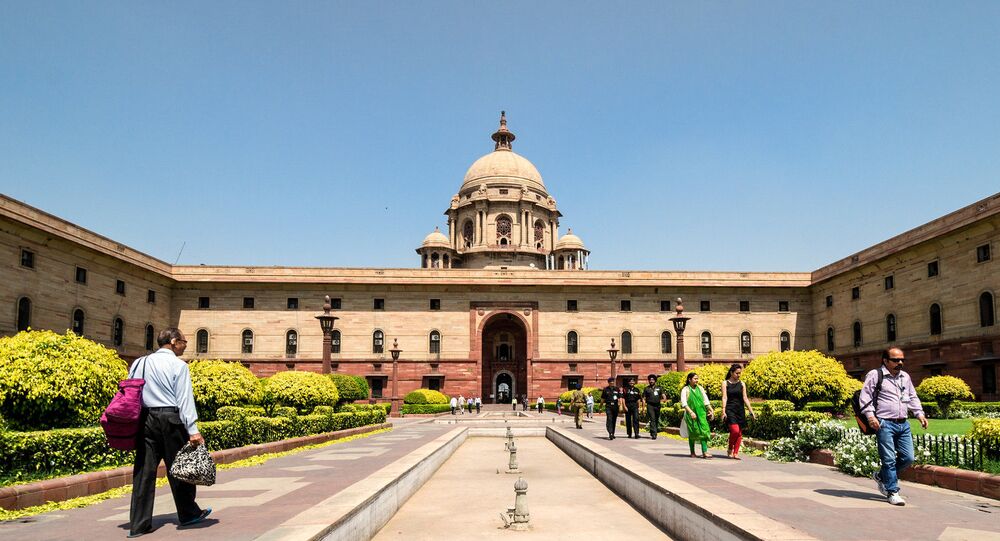 New Delhi (Sputnik) On 3 March, the US Federal Reserve reduced interest rates by half a percentage point almost two weeks before a scheduled policy meeting to insulate its economy from the impact of COVID-19. Without opting for a rate cut, the European Central Bank has announced stimulus measures.

With COVID-19 triggering a panic sell-off in Indian equities that continued on Friday, India’s federal finance ministry said market reaction was not reflective of the fundamentals of the Indian economy.

Maintaining that "the stock market is reacting in fear", Chief Economic Adviser in the federal finance ministry, K Subramanian said there was scope for the country's apex bank to relax rates to provide a cushion for the economy to bear the COVID-19 shock.

“Measures are being thought out. The latest inflation figures have suggested moderation. There is scope for the central bank to consider a rate cut. The stock market is reacting in fear. Market reaction is not reflecting the fundamentals of the Indian economy, which continue to improve", Subramanian said.

When asked whether the Indian Finance Ministry would take up any stimulus to insulate the economy from the impact of COVID-19, CEA said the government is “seriously considering all aspects of the emerging situation and would respond when needed”, even as he maintained that the magnitude of the virus' spread in India was lower as only about 75 cases have been reported in the country.

According to government data released on Thursday, inflation in India cooled off in February after attaining a peak in January.

India's retail inflation rate in February stood at 6.58 percent compared to 7.59 percent in January of this year, data from the Indian Statistical Office revealed on 12 March. This is the first monthly decline in the rate of inflation in the last year. India’s retail inflation had been showing an upward trend every month between January 2019 and January 2020, specifically due to high food prices.

The reduction in inflation was the key factor that prompted the Indian finance ministry to believe there was room for a rate cut by the Reserve Bank of India. If the RBI opts to announce an emergency rate cut, it would join other major central banks like the US Federal Reserve and European Central Bank, which have announced measures due to COVID-19.