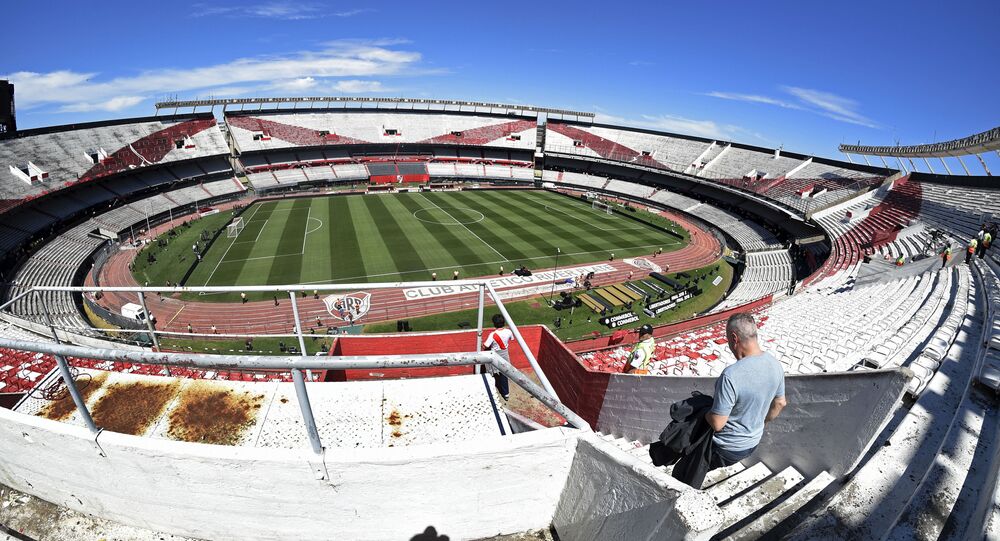 FIFA officially announced on Thursday the postponement of all qualifying games of the South American tournament CONMEBOL for the 2022 World Cup that was scheduled to take place this month.

FIFA "has decided to postpone the matches of the qualifiers for the FIFA World Cup 2022, scheduled for the next match window from 23 to 31 March",  the statement said.

​Earlier, Argentina suspended all sports events that feature athletes from abroad, until the end of March, including the South American swimming championship, world cup fencing tournament, the fourth of five Olympic boxing qualifiers for the Americas, and three days of South American athletics.

Paraguay will play the Copa Libertadores and Copa Sudamericana matches with no spectators up to the end of the month.

Despite a reported decline of the outbreak in mainland China - epicenter of the COVID-2019 - the novel coronavirus continues to gain momentum in other parts of the planet. Major sports events of the developed world have been postponed or canceled indefinitely, including the NHL, the NBA and Euroleague tournaments.

According to the latest data provided by the World Health Organization (WHO), there are at least 127,000 confirmed coronavirus cases globally, and over 4,700 have died.

CONMEBOL Moves Finals Venue to Lima Due to Unrest in Santiago