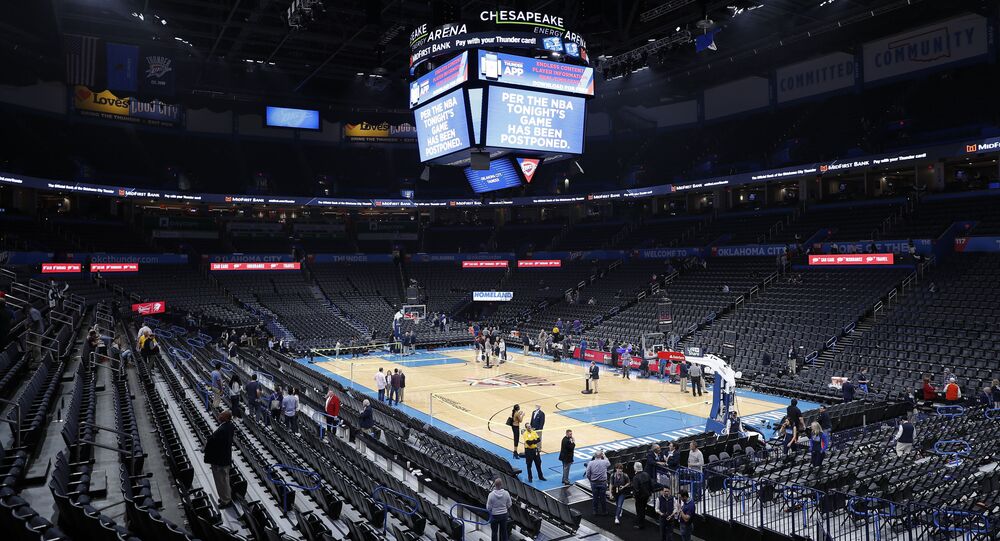 The National Basketball Association (NBA) announcement followed an abrupt cancellation of a Western Conference game between the Utah Jazz and the Oklahoma City Thunder "due to unforeseen circumstances".

According to an official National Basketball Association (NBA) statement, the league "is suspending game play following the conclusion of tonight's schedule of games until further notice. The NBA will use this hiatus to determine next steps for moving forward in regard to the coronavirus pandemic".

​According to ESPN's Adrian Wojnarowski, the player who first tested positive for the coronavirus was Utah's star player Rudy Gobert. Players from the Jazz and Thunder were quarantined in the Chesapeake Energy Arena in Oklahoma City, Oklahoma.

The game between the Jazz and the Thunder was postponed around 35 minutes after the scheduled tipoff, with the public-address announcer noting that the decision was made "due to unforeseen circumstances," according to ESPN.

At the time of the announcement, a Dallas Mavericks home game against the Denver Nuggets was midway through the third quarter.

Two other games, the New York Knicks at the Atlanta Hawks and the Charlotte Hornets at the Miami Heat, were late in the fourth quarter. All three games will be allowed to finish before the suspension goes into effect.

The New Orleans Pelicans were also slated to play at the Sacramento Kings for a 10:30 p.m. ET tipoff, but there was no word if that game would be suspended.

Meanwhile, in attempts to mitigate the spread of COVID-2019, the National College Athletic Association (NCAA) will play men's and women's tournament games in empty arenas.

NCAA President Mark Emmert said that the decision was based on information provided by national and state officials. The NCAA said tickets already purchased will be refunded. In addition, Emmert said the NCAA wants to move the men's Final Four on 4 and 6 April from Atlanta's Mercedes-Benz Stadium to a smaller arena in the area.

The National Hockey League (NHL) is also contemplating measures amid the coronavirus outbreak and made a preliminary announcement teasing an upcoming statement.