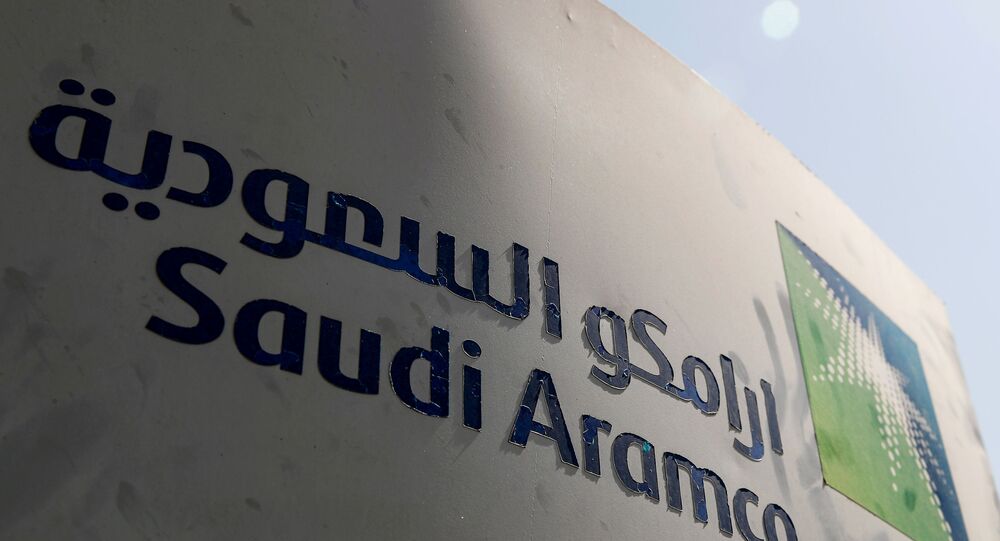 New Delhi (Sputnik): An image of a foreign worker walking around the premises of Saudi oil company, Aramco while wearing a mask and a box fixed to his body, that dispenses hand sanitiser, went viral late on Tuesday, leaving social media users indignant.

The world's largest oil company, Saudi Aramco has issued a clarification and apologised after it was called out on social media as pictures of a worker dressed as sanitiser dispenser went viral and sparked a backlash online.

Saudi Aramco has stressed that the campaign, which has been described as "abusive behaviour", had not been approved by the company.

“The company immediately stopped this act and took drastic measures to prevent it from happening again. The company emphasizes its firm commitment against compromising its values based on respect and adherence to ethics and conduct”, the company tweeted.

The photograph had caused mixed reactions on social media: while some slammed those behind the idea...

That was bloody disgusting and the man should be paid damages for being publicly humiliated. Whoever came up with that needs their head checked and to be sacked.

Shabby execution of a good idea/intent

...others suggested that there was nothing wrong about it:

I don’t see anything wrong with this costume, I think it’s creative. Stop spreading the over sensitivity virus the plagues the west

Not sure I see the offense. Is he forced to do it or getting paid to do it? There is nothing demeaning about this as far as he is not being forced to do it. Dignity in Labor

Another Twitterian said that the company should apologise to the worker.

“I hope that you compensate the worker and apologize to him and accept the bad treatment that took place with him so that you reduce even a little of the psychological damage caused because it is natural that any human being would not accept that he is treated in this way,” said a user in Arabic.

The campaign apparently comes as a total number of coronavirus positive cases reached 21 in Saudi Arabia, according to the Saudi Ministry of Health on 10 March.

The world's most valuable company's shares have fallen by more than 11 percent since the outbreak of the novel coronavirus, which has spread across 100 countries.