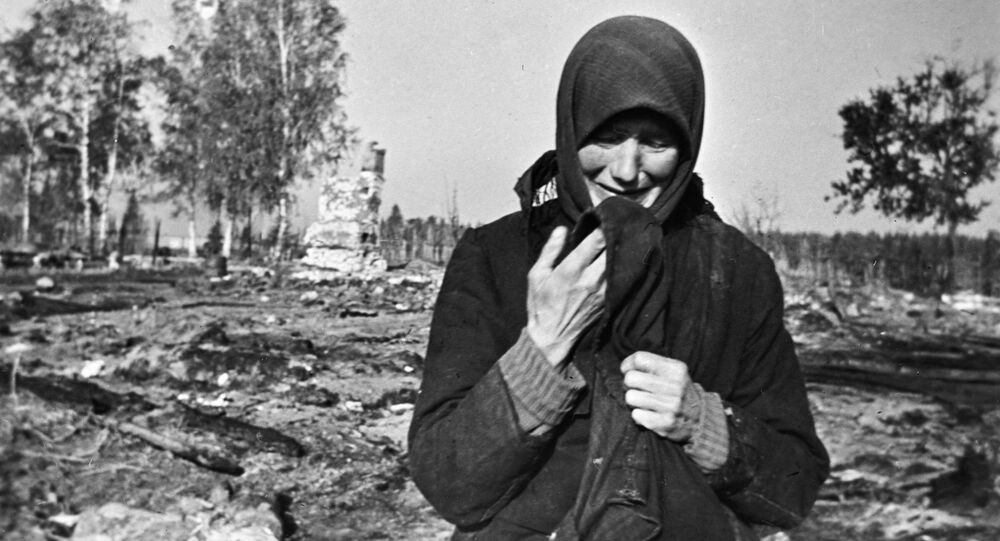 BERLIN (Sputnik) - Germany has submitted a request to Russia regarding the probe into the Nazi crimes, committed in Russia's Yeysk during WWII, including regarding proofs of Helmut Oberlander's involvement, Senior Prosecutor Thomas Will, the deputy head of Ludwigsburg's central department for investigation of National Socialist crimes said.

"We have submitted a request to Russian authorities, asking to clarify whether their data shows that Oberlander is linked to the crimes in Yeysk. As of now, we do not have such proofs," Will said, adding that Germany has started its probe into the matter.

"Evidence should be provided that Oberlander was really in Yeysk," Will added.

He went on to say that the German prosecution had already studied documents from Canada, including judicial decisions, "which had not provided any additional information."

Germany has established contact with the Russian Investigative Committee, Will specified.

The Russian Investigative Committee has not yet received any request from German agencies to provide proofs of Helmut Oberlander's involvement into the murder of over 200 orphans in Russia's Yeysk in 1942 by a Nazi death squad, the committee's spokeswoman said.

"The Russian Investigative Committee has not yet received any requests from Germany's competent bodies regarding the need to provide proofs of Oberlander's involvement in the 1942 mass murder of children from Yeysk orphanage. The previously submitted requests are being studied, and we will soon send answers to our colleagues from Germany," Svetlana Petrenko said.

The Russian Investigative Committee has asked Canada to provide legal materials related to the case of 96-year-old Oberlander, who used to work as a translator for a Nazi Einsatzgruppen death squad, responsible for the murder of over 200 orphans in Yeysk during World War II. Oberlander, who has been deprived of Canadian citizenship due to failure to disclose his links to death squads, is included in the list of most-wanted Nazi war criminals, complied by the Simon Wiesenthal Center, a Jewish human rights organization.