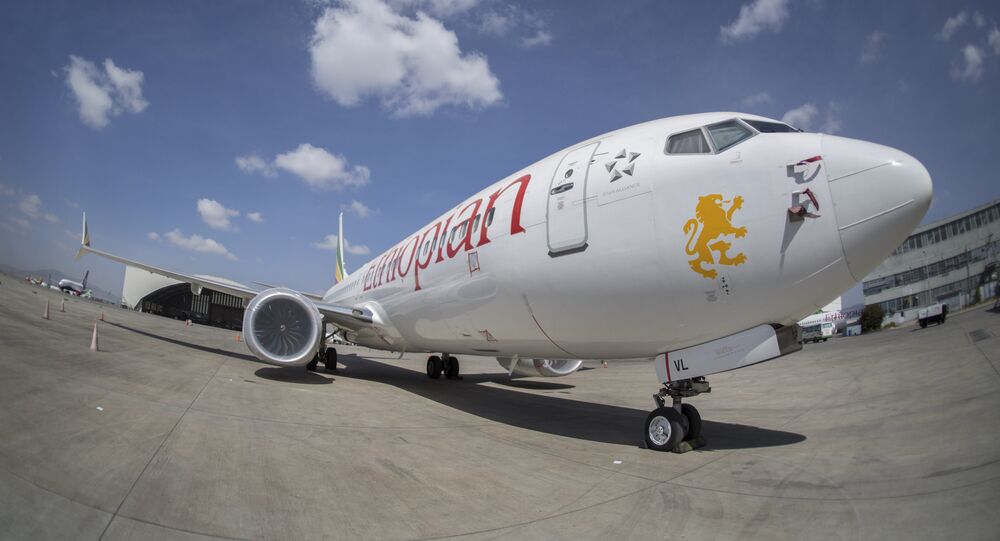 Ethiopian investigators have released an interim report on the deadly March 10, 2019 crash of an Ethiopian Airlines Boeing 737 MAX 8, confirming that a faulty sensor reading and the automatic activation of an anti-stall system were to blame, and saying that Boeing had failed to provide sufficient training to pilots.

According to the report, two sensors meant to indicate the plane’s angle relative to the ground showed faulty readings which deviated by 59 degrees, with this causing the activation of the Maneuvering Characteristics Augmentation System (MCAS), an anti-stall system embedded into the 737 MAX 8’s flight control software meant to prevent the plane from climbing too steeply and stalling.

The report found that in their final moments, pilots desperately battled with the MCAS software as it pushed the plane downward on four separate occasions before slamming into the ground.

The report cleared the pilots of any wrongdoing, saying they were fully trained, certified, and medically fit. It noted, however, the that pilots did not receive instruction from Boeing on how to deal with the activation of the MCAS system in an emergency situation.

Accordingly, the report recommended providing pilots with “simulator sessions to familiarize with normal and non-normal MCAS operation. The training simulators need to be capable of simulating [angle-of-attack] failure scenarios.”

The report also pointed to the potentially deadly flaws in the MCAS system, which it said “made it vulnerable to undesirable activation.” This included the ability to be activated with only a single angle of attack sensor reading.

The interim report was released just one day ahead of the anniversary of the crash of a Nairobi-bound Boeing 737 MAX 8 on March 10, 2019, with the aircraft slamming into the ground outside Addis Ababa six minutes after takeoff. The crash killed all 157 people onboard, and prompted airlines around the world to halt all 737 MAX 8 flights until further notice.

The March 10 accident followed the October 29, 2018 crash of a Lion Air 737 MAX 8 into the Java Sea, just minutes after takeoff from the Indonesian capital of Jakarta. All 189 passengers and crew onboard were killed in that incident.

The grounding of one of its most popular models of commercial aircraft put the US aerospace giant’s finances in jeopardy, with the company reportedly tapping over $7.5 billion of its two-year $13.8 bank loan last month amid weak global sales figures and penalties paid out to MAX customers.