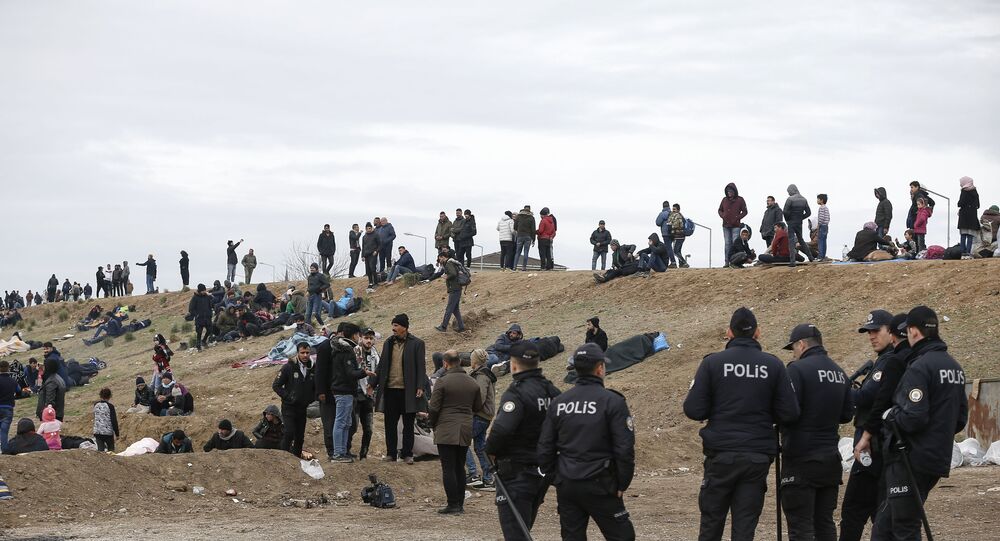 This comes ahead of Turkish President Erdogan's meeting with EC President Charles Michel in Brussels where they are expected to discuss measures to reduce tensions on Turkey's borders and European support for Syrian refugees in Turkey.

Turkey must move refugees and migrants away from the Greek border, European Commission President Ursula von der Leyen said ahead of talks with President Tayyip Erdogan in Brussels on Monday.

"Finding a solution to this situation will require relieving the pressure that is put on the border," von der Leyen told a news conference on Monday.

Von der Leyen added that the most pressing issues to solve were to ensure the right to asylum, move people, first of all minors, from Greece to mainland Europe, and to provide support to Turkey and Greece.

Later in the day, Turkish President Erdogan will meet EC President Charles Michel in Brussels to exchange views on how tensions on Turkey's borders can be eased and what the EU could do to support Syrian refugees and migrants in Turkey.

© AP Photo / Darko Bandic
Migrants gather in Edirne, near the Turkish-Greek border on Sunday, March 8, 2020. Thousands of migrants headed for Turkey's land border with Greece after President Recep Tayyip Erdogan's government said last week that it would no longer prevent migrants and refugees from crossing over to European Union territory.

On 8 March, Erdogan repeatedly called on Greece to let refugees and migrants in so that they could travel to Europe. He added that he would discuss the migration crisis with the European Council president and European Commission president in Brussels on Monday and said he hoped these talks would be productive.

In late February, Turkey said it would no longer observe its commitments under a 2016 migration deal with the EU and announced that it was opening its borders for refugees to move towards Europe. This came in the wake of escalation of tensions in Syria's Idlib where more than 30 Turkish troops were killed in an airstrike last month. After Ankara announced its decision, tens of thousands of people from Syria, Afghanistan, Pakistan and some African countries set off for the borders with Greece and Bulgaria in an attempt to get to Europe. Greece responded by deploying riot police to the border.