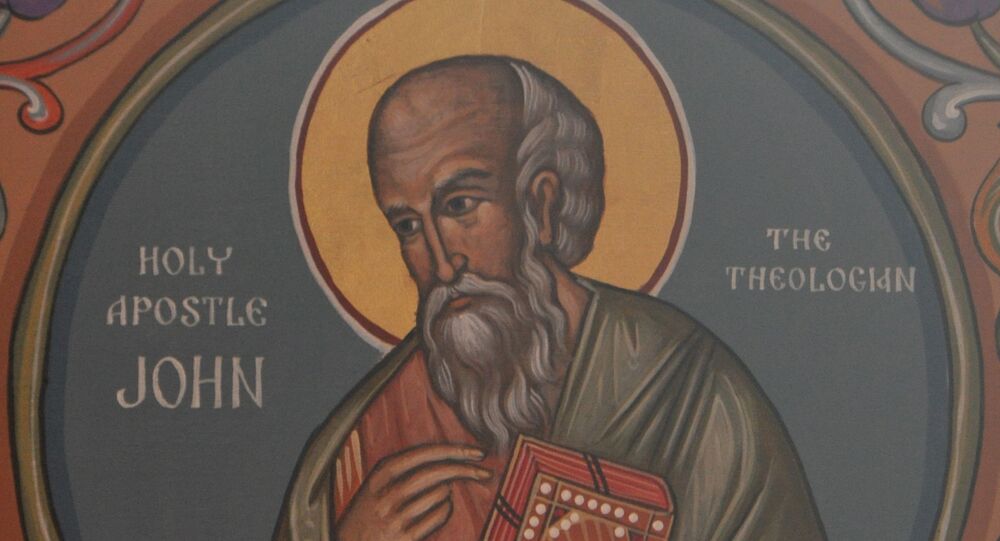 Bible Bombshell: The Gospel of John Was an Ancient Forgery, Study Claims

Christianity has a history of hoaxes, such as the Shroud of Turin, for instance, but new research calls into question the very bedrock of the Christian faith: the account of the life of Christ reputedly penned by John the Disciple.

The Gospel of John, part of the Christian canon recognised as being divinely inspired by the Church, was actually faked, new research claims.

There are four gospels, or accounts of the life of Jesus Christ, included in the New Testament – those according to Matthew, Mark, Luke and John.

Who wrote the Gospel of John?

The Gospel of John is written anonymously and identifies the storyteller as an unnamed “disciple whom Jesus loved”. Christian scholars have long believed it was John, one of Jesus’s closest confidantes and the only apostle who died of natural causes (the rest were martyred).

The Church also credits him with writing the epistles 1 John, 2 John, and 3 John, as well as the apocalyptic Book of Revelation. Modern scholars debate the authorship of all five of those writings; some agree that they have literary similarities and subtle differences. This formed the basis of a theory about a Johannine community – a group of like-minded churches that hypothetically existed in the early centuries of Christianity. However, there has been no external evidence to prove the existence of such a movement.

According to Hugo Mendez, assistant professor of religious studies at the University of North Carolina at Chapel Hill, the eyewitness who reputedly wrote the Gospel of John was “probably a fabrication in his own right”.

‘The character has been invented’

That eyewitness appears in the text several times, including standing beside Jesus at the crucifixion with several women and running with Peter the Apostle to Jesus’ empty tomb.

However, Mendez points out in a paper published in the Journal for the Study of the New Testament, that disciple is not present in the same scenes mentioned in other gospels – which means he was likely inserted in there.

He says: “In Luke, only women stand under Jesus’ cross (chapter 21, verse 49); and in Luke, Peter runs to the tomb alone (chapter 24, verse 12). It’s as if the character has been invented and inserted into those scenes to give the book the air of eyewitness credibility.” The same method was probably used in the three epistles attributed to John, according to Mendez.

He does not attempt to guess the identity of the anonymous authors, but maintains that they did not belong to one community or network of churches, and that the similarities between the texts were due to literary borrowing and not personal contact.

The paper suggests that the anonymous authors may have forged the Gospel of John to draw more attention to their vision of Christ’s message and get readers to “take that text seriously”, because there were already three gospels published by that time.

“Consider an analogy to today’s fake news. People invent stories and post them online. It’s hard to tell that the story is fake because the website may look like a real news site.”

“In a similar way, I think these texts were written by authors who were obscuring their actual identities and backgrounds. The reason we have trouble finding the ‘disciple’ or ‘elder’ these texts mention—or the community we reconstruct around them—is that they never existed.”