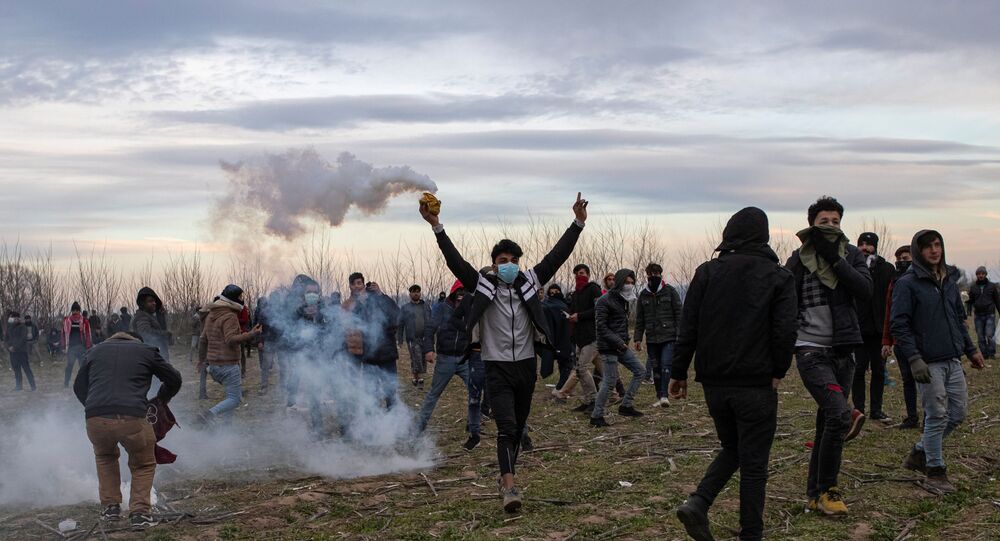 ANKARA (Sputnik) - Turkish President Recep Tayyip Erdogan will pay a visit to Brussels, which houses the European Unions' headquarters, on 9 March, his administration said soon after Ankara decided to open its borders with the EU for migrants.

"Our President plans to pay a one-day working visit to Brussels on 9 March", Erdogan's administration said in a statement.

On Friday, a source in the Greek government said that police and military have prevented almost 3,000 migrants from illegally crossing the border from Turkey and detained eight illegal migrants.

Ankara said in late February, amid tensions in Syria's Idlib province, it could no longer restrain the flow of refugees from Syria, and then opened its borders. Following this decision, thousands of migrants have been trying to enter Greece through Turkey. Greek police and army units have been deployed to the border.

According to Turkey, one of the reasons for opening its borders to the EU was the lack of assistance from the bloc in dealing with the flow of migrants. Under the 2016 agreement between the two, Ankara promised to restrain the flow of migrants into the bloc, with Brussels pledging to provide funds to help Turkey care for the refugees.