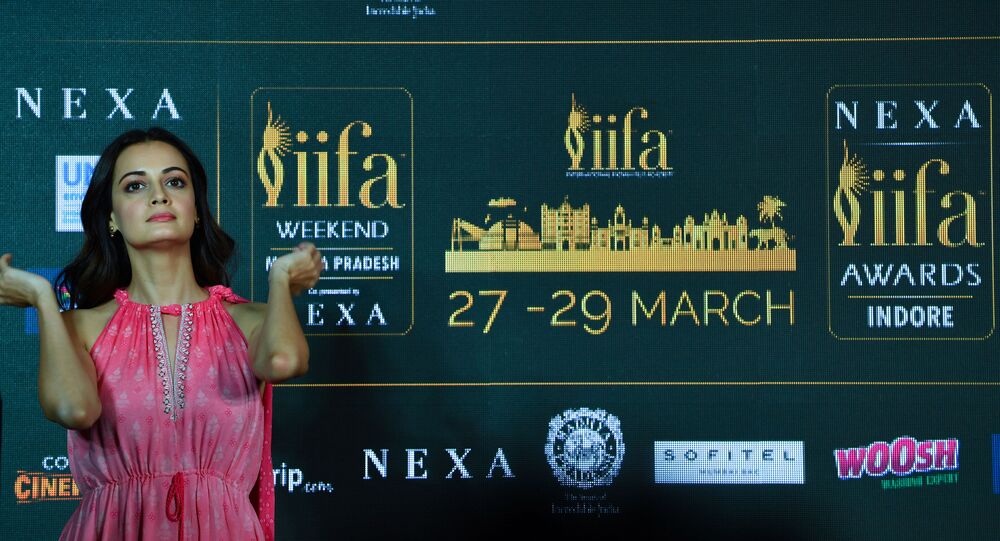 New Delhi (Sputnik): The spirit of the much-awaited star-studded IIFA awards has been dampened due to the outbreak of the novel coronavirus in India. The number of people infected with the virus has climbed to 31, with a new reported case in New Delhi on Friday.

The 21st edition of the International Indian Film Academy’s (IIFA) annual awards has been postponed to an uncertain date due to coronavirus concerns in the country.

The extravaganza of the award nights was scheduled to be held in India's Madhya Pradesh state from 27-29 March.

The grand award function was supposed to feature a music performance by Oscar, BAFTA, and Grammy winning Indian singing legend A.R. Rahman of “Slumdog Millionaire” fame, as well as appearances by a number of Bollywood bigwigs like Shah Rukh Khan and host Salman Khan.

“With due regard to the growing concerns around the spread of the COVID-19 virus and keeping the health and safety of IIFA’s fans and the general community at large, after consulting the Madhya Pradesh government, the IIFA management, and stakeholders from the film industry, it has been decided to postpone to a later date the much-awaited IIFA Weekend and Awards 2020 celebrations, originally scheduled at the end of March 2020”, the organisers of Wizcraft International Entertainment said in a statement on Friday.

A new date for the awards function is yet to be announced.

Until now, 31 people have tested positive for the coronavirus in India, including 16 Italian tourists. This number includes a fresh case being reported in Delhi’s Uttam Nagar area on Friday. The man has a history of traveling to Thailand and Malaysia.

Meanwhile, the total number of infected cases in Delhi and adjoining Ghaziabad and Gurugram, has reached four.

The virus, which emerged from China's Wuhan city in Hubei province, is emerging as a global crisis as it has spread to at least 85 countries and killed more than 3,300 people worldwide. The virus has infected more than 98,000 people across the globe and more than 53,700 have recovered as of Friday.