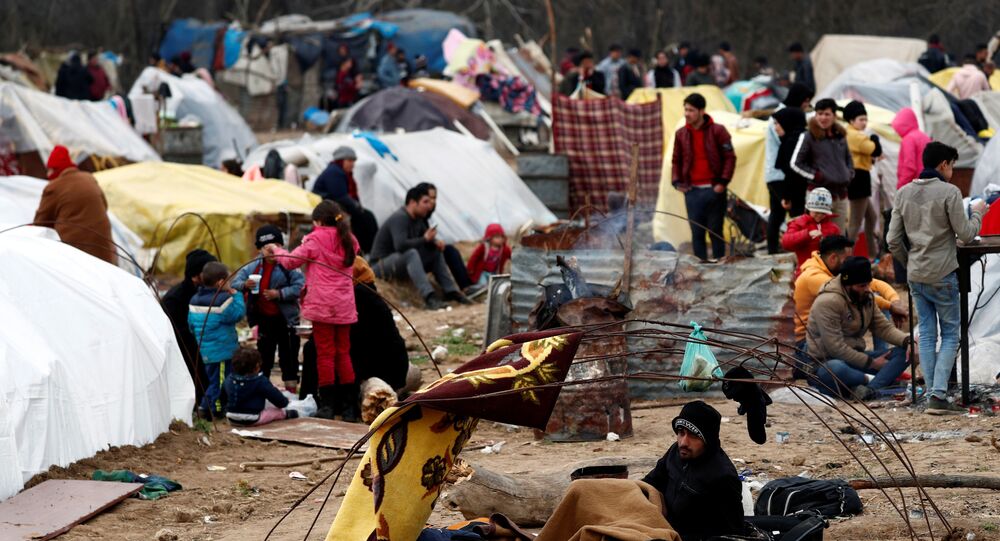 IFRC Scaling Up Operations in Greece, Prepares Some $300,000 to Help Migrants

GENOA (Sputnik) - The International Federation of Red Cross and Red Crescent Societies (IFRC) is scaling up its operations in Greece by providing increased financial resources to The Hellenic Red Cross and is negotiating with the Greek authorities to have access to migrants at the border areas, IFRC spokesman Tommaso Della Longa said on Thursday.

"We will scale up our operations in these days. The first step will be 300,000 Swiss francs ($314,000) that will go to the Hellenic Red Cross to prepare itself for migrant influxes. Also, we will continue negotiations with the Greek officials. We are quite positive about it, we had good discussions. They were positive about having us helping migrants", Della Longa said.

On Wednesday, IFRC delegation visited Athens and met with the Greek officials and with the Hellenic Red Cross, he said.

"Today we were at the land border between Greece and Turkey and tomorrow we will go to Lesbos island", IFRC spokesman said.

He explained that at the moment, IFRC and The Hellenic Red Cross did not have access to the area where migrants fleeing from Turkey are crowding. However, they discussed the possibility of such access with the Greek authorities.

IFRC President Francesco Rocca met on Wednesday with the Greek Minister of Migration.

"There is no reception centre at the moment, people are stuck in no-man’s land. The humanitarian situation is deteriorating hour by hour. They are in the middle of nowhere. You have to imagine that it is also very cold, can you imagine what it is for a child for people sleeping under the trees? The situation is very difficult … We are thinking about giving out blankets", Della Longa said.

The spokesperson added that IFRC did not witness the use of tear gas in the standoff between migrants and border guards on the Greek-Turkish border on Thursday.

Tensions at the Greek-Turkish border escalated on Wednesday to such extent that both migrants and Greek border guards fired tear gas, media reported. IFRC delegation visited the scene earlier on Thursday.

According to the Greek media, over 34,700 illegal border-crossing attempts were prevented and 244 people were arrested since early Saturday.

After aggravation of the situation in Syria's Idlib over the last weeks, Turkish president announced on 29 February that Turkey would no longer be able to restrain the flows of migrants and refugees, and opened its borders with the European Union. Soon after, thousands of migrants rushed to Turkey's border with Greece and Bulgaria to try to get into Europe.