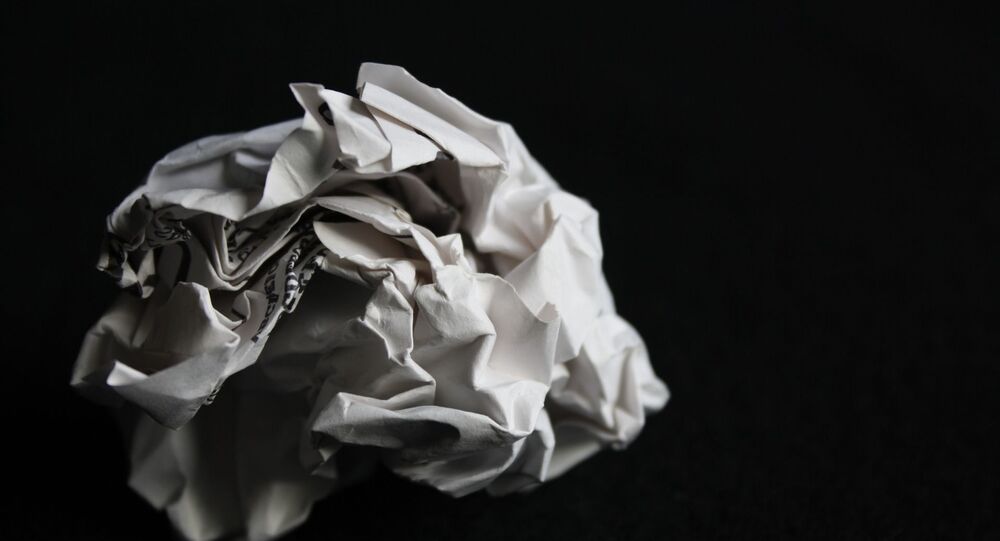 New Delhi (Sputnik): The Indian parliament’s budget session has been witnessing huge uproar from opposition party members for three consecutive days over communal violence in Delhi. Some members have been demanding discussions about the riots, which left 48 people dead and hundreds injured amid Hindu-Muslim clashes on 23-25 February.

Seven opposition parliamentarians from the Congress party have been suspended for the rest of the ongoing budget session in Indian the parliament for creating a ruckus by snatching and tearing papers from the speaker and tossing them in the air on Thursday.

Multiple Congress MPs have been disrupting the legislative business of the parliament for three days while demanding a discussion on the Delhi violence, despite the speaker of the lower house, Om Birla, ordering that it will be discussed after Holi, the festival of colours, on 10 March.

“They reached the height of indiscipline and arrogance. Some pieces of paper were directly thrown at Speaker's chair (in the Lok Sabha). This is highly condemnable and unpardonable", said Parliamentary Affairs Minister Prahlad Joshi.

Leader of the Congress party in the Lok Sabha, the lower house of parliament, Adhir Ranjan Chaudhary condemned the governing BJP party-led government for not discussing the Delhi violence, asking if “this is a dictatorship”.

“Out of 29 coronavirus infected people most of them have come from Italy to India, Gandhi family including Sonia Gandhi should be tested for the virus”, said Beniwal, alleging that Sonia Gandhi and her two children and Congress politicians Rahul and Priyanka had brought the virus to India from their recent trip to Italy.

The remarks outraged the Congress party, with its members rushing towards the well of the house near the location of speaker's chair. Amid protests and sloganeering, some parliamentarians tore apart papers and threw some of them towards the speaker's table.

This comes a day after a parliamentarian with India's governing Bharatiya Janata Party, Sangeeta Singh Deo, accused opposition Congress party lawmakers Ramya Haridas and Jothimani Sennimalai of physically assaulting her, shoving elbows in her chest and scratching her arms.