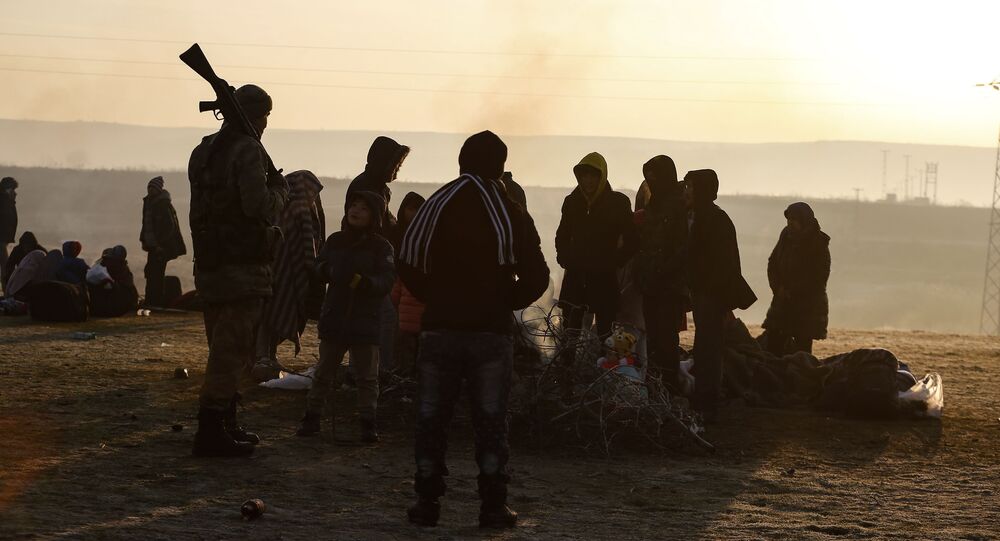 A migration crisis on the Turkish-Greek border erupted after Ankara announced it would no longer be preventing refugees from going through its territory to Europe in violation of previous agreements with the EU.

Turkish Interior Minister Suleyman Soylu has announced that Ankara will deploy 1,000 special operations police officers at the border with the EU to prevent migrants from coming back. He added that the EU border security agency, Frontex, had pushed around 4,900 migrants back to Turkey injuring 164 in the process.

"Turkey will deploy 1,000 special operations police officers to prevent migrant pushback at the border”, the minister said as quoted in the newspaper Daily Sabah.

The measure comes as a response to a decision by the EU to push back the new wave of migrants mainly coming from Syria's Idlib Province via Turkey and trying to force their way through the Greek border.

"The Greek worries are our worries", European Commission President Ursula von der Leyen said after visiting the border. She added that migrants "have been lured through false promises into this situation".

Since the migrant crisis on the Turkish-Greek border started, Athens has prevented nearly 35,000 migrants from crossing into the country. It also promised to deport the hundreds of those, who made it to the other side, in the near future.

The new wave of migrants started pouring into Turkey after the situation deteriorated in Syria's Idlib Province, which is mostly occupied by militants and terrorists. Turkish forces started a military operation in the province against the Syrian Army further worsening the situation.

In light of the refugee influx, Ankara announced that it will no longer be preventing migrants from trying to make it to Europe, thus violating a 2016 agreement with the EU. Under this accord, Turkey promised to prevent new migrants from crossing into Europe via its territory and accommodate them, while Brussels paid billions of euros to Ankara for hosting them.

Photos: How Do People Live On Greek-Turkish Border Amid Migrant Influx?