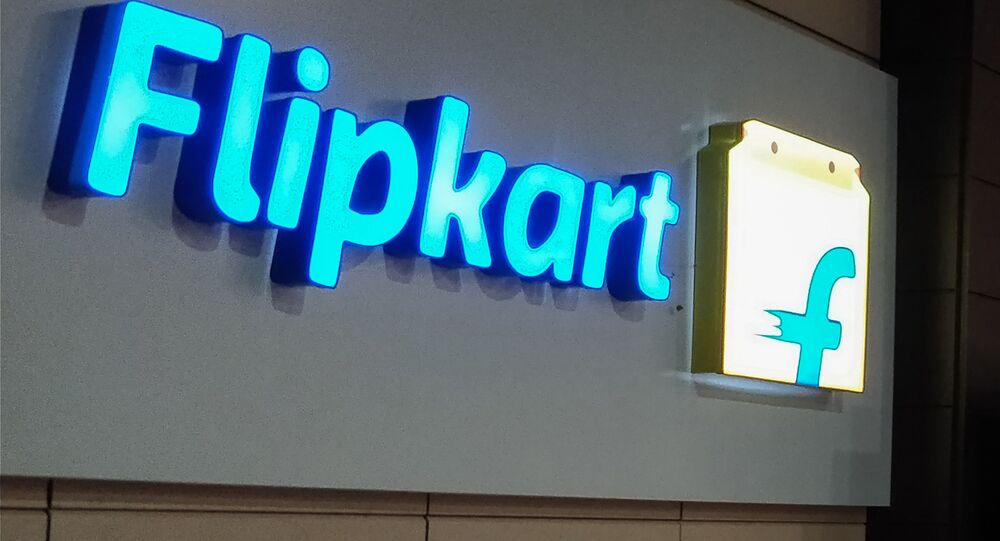 New Delhi (Sputnik): India’s online traders' association has been opposing Walmart’s alleged use of data dominance for taking advantage of and threatening the business of small traders and e-commerce players in the domestic market.

This comes after a plea was filed by India’s trader body, the Confederation of All India Traders (CAIT), with the NCLAT over the global giant making money and moulding markets to their own advantage.

Welcoming the move by the NCLAT, Ashwini Mahajan, the national co-convener of Swadeshi Jagaran Manch (SJM) - a group that advocates for the use of home-grown things or solutions, said:

“The CCI chose to ignore the memorandum sent to them by Commerce Ministry of India. These investigations should proceed as these giants use their money power, burn cash to buy out the legal services and get away with it”.

He asked the government of India to come forward to see that the abuse of power should not take away the livelihood of small shopkeepers and traders by way of capturing the market.

An earlier order passed by the CCI in this regard has been set aside by the three-member bench of the NCLAT headed by Chairman Justice S. J. Mukhopadhaya.

The tribunal, which represents over 70 million traders and shopkeepers in India, has asked the regulator CCI to direct its probe arm, the Director General (DG), to investigate the matter.

After US retail major Walmart acquired a 77 percent stake in Flipkart for about $16 billion in August 2018, the All India Online Vendors Association accused Flipkart of abuse of power and market dominance. The CCI ruled that "it doesn't appear that any one player is commanding any dominant position at this stage", looking at the present market structure in India.