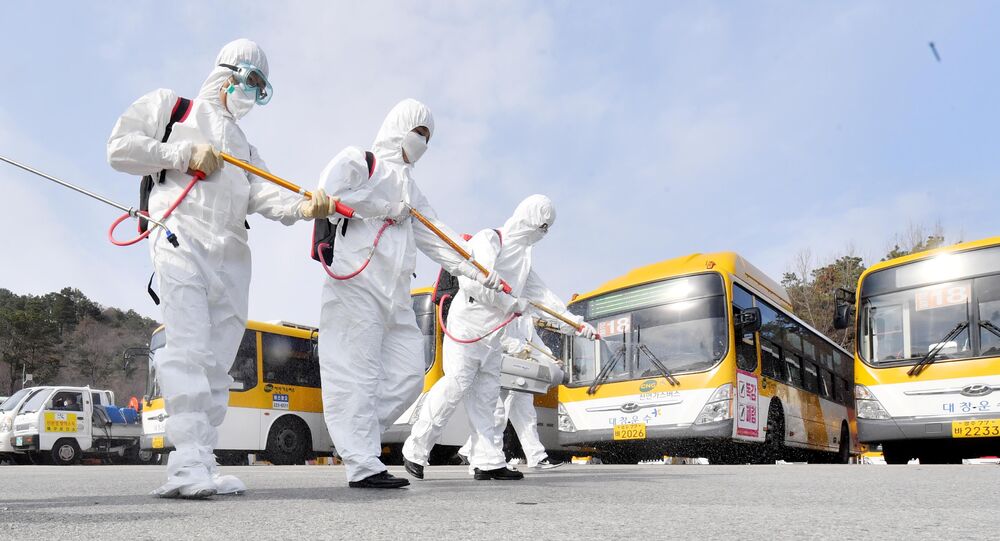 The World Health Organisation (WHO) has recently raised the global risk associated with the coronavirus outbreak to the highest level and reiterated the necessity of worldwide containment efforts.

Unlike the Swedish health authorities, who have likened the coronavirus outbreak to the common flu, infection professor Björn Olsen at Uppsala University has claimed that between 60 and 80 percent of the world's population may be infected in a worst-case scenario.

“The worst possible scenario, in which I believe in most after all, is that we are getting a global spread and that somewhere between 60 and 80 percent of the world's population will be infected by this virus, Olsen told the Expressen daily, predicting a huge number of the infected and high death rates in what he dubbed a “full-scale pandemic”.

According to Olsen, the coronavirus is something that has never been encountered before. It's not a flu virus and is not recognisable epidemiologically. There is basically no “flock immunity” against the virus at all, he stressed.

However, the situation will vary across the world, he ventured. Some regions will do quite well, while the poorer ones will generally do worse.

When asked by the Expressen journalist what the best-case scenario is, Olsen replied that it is the one we are in right now. For instance, the infection rates in China are declining, whereas tracking measures in other countries are in place. In a best-case scenario, the virus could lose momentum over spring and summer and die down in autumn. However, he admitted having a hard time envisioning this development.

The Swedish newsportal Exakt24 previously reported that there seems to be consensus among experts around the world that between 20 and 80 percent of the world's population will be infected, with tens of millions expected to die within a year. If Björn Olsen's prediction appears to hold water, about 80 million people will die, indicating a death rate of 1.5 percent.

In case of a higher mortality rate, the death toll would be even higher. This would put the coronavirus on par with the notorious Spanish flu, which infected some 500 million people of the world's then population of under two billion and killed dozens of millions between 1918 and 1920.

On Friday, the World Health Organisation (WHO) raised the global risk of the new coronavirus to its highest level and reiterated the necessity of worldwide containment efforts.

Since the outbreak of the coronavirus disease (COVID-19) in Wuhan, China late last year, it has infected more than 89,000 people globally, killing over 3,000. With a large majority of the cases centred in mainland China, the virus reached over 50 countries, with hundreds of confirmed cases in South Korea, Japan, Italy and Iran.